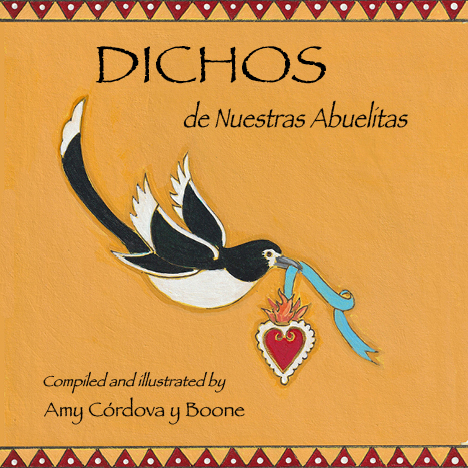 The bookmaking art is very satisfying. With industry tools at hand today, I find the process sometimes breathtaking. 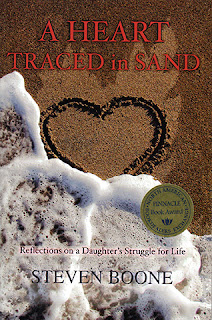 My first book, A Heart Traced In Sand, Reflections on a Daughter’s Struggle for Life, is about my daughter Naomi’s life and death.

I self-published and created a publishing company—named after a phrase that someone said to me.
Here is the story:
A woman, Cecelia, worked behind the front desk at the hotel Naomi and I lived in while she was seeing a healer in San Francisco. The staff came to know and become fond of us. When I went back the spring after Naomi died, my room was decorated with flowers, with a lovely note.
Cecelia welcomed me, and in an off-hand way described Naomi and I as Twin-Flames. The phrase stuck in my mind.

A Heart Traced In Sand was published in 2001 and has won two awards.

Since then, in 2005  I published a book of artwork, called Hangups. It is an eclectic collection from a series of paintings I made of faces hanging from clothespins suspended on clotheslines. 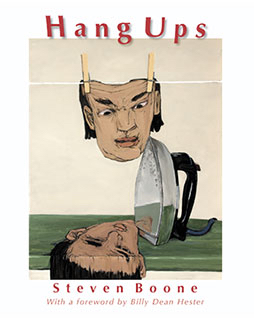 Being married to Amy Córdova y Boone, an artist, author and illustrator is a perfect partnership for publishing. Before we became a couple, Amy had put together writings and art for books, then set it all aside. Now I am resurrecting the material. The first is a little gem, DICHOS de Nuestras Abuelitas. I have been readying it for publication in a couple months. It is bi-lingual. In Spanish, dichos are sayings concisely written or spoken—expressions that are especially memorable because they are pithy and contain wisdom.


“Children know perfectly well that unicorns aren’t real, but they also know that books about unicorns, if they are good books, are true books.” – Ursula K. Le Guin

A Letter To Your Future Self

Have you ever written a letter to your future self? Then sealed it and put a date on it—not to be opened until then?
Lately I have been preparing my book, A Heart Traced In Sand, Reflections on a Daughter's Struggle for Life, in order for it to be available as an ebook. The ebook will have easy links that will go to web pages containing images from Naomi’s journals, her affirmation pages, photos of her life etc. The black and white illustrations in the original will be viewable in color.
I have been going through photo albums, journals, mementos, her Make-A-Wish chronicles . . . gathering pictures and words. It has been poignant to say the least, even though I have previously seen most of the material. `
Tucked away in a photo album, I came across a small monogrammed envelope. It said, open in 0002. It is now 2020. I opened it, dated 5-5-1996. Then it says: I am 16.
From the first sentence of this note written 26 years ago, I knew Naomi had written to her future self. She died three years later from cancer with the unopened envelope tucked away among her treasured photos.
Here are her words: 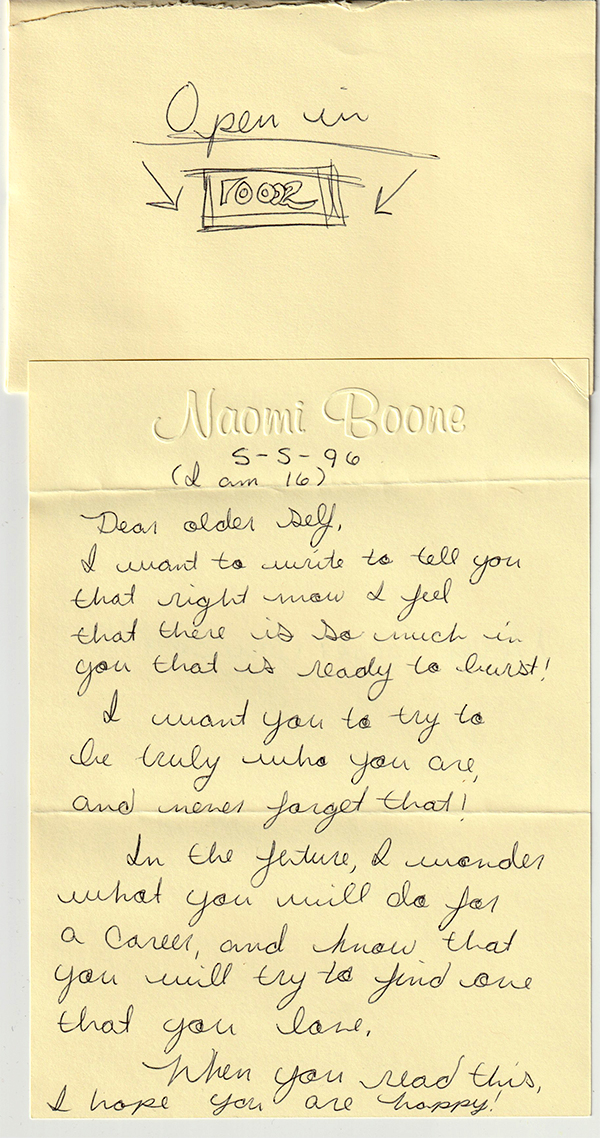