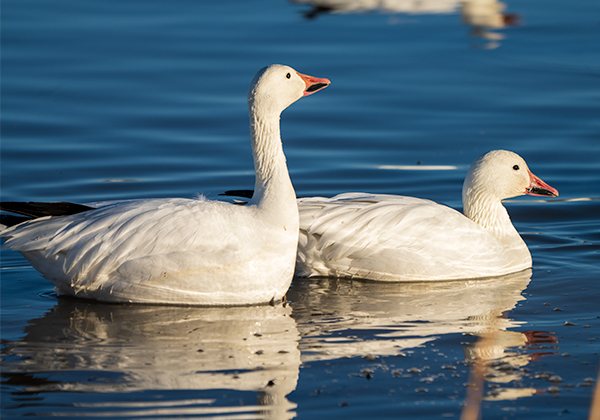 “The more you want, the more you lack.” Five decades after hearing the sentence in my freshman college philosophy class, the words have stayed with me.

And so it is with all my expectations of living in our home in Mexico. They are desires that simply frustrate me. Amy and I are resigned to make progress, “pequeño paso a pequeño paso” —by little steps.

The Mexican government is not processing visa applications because of covid. 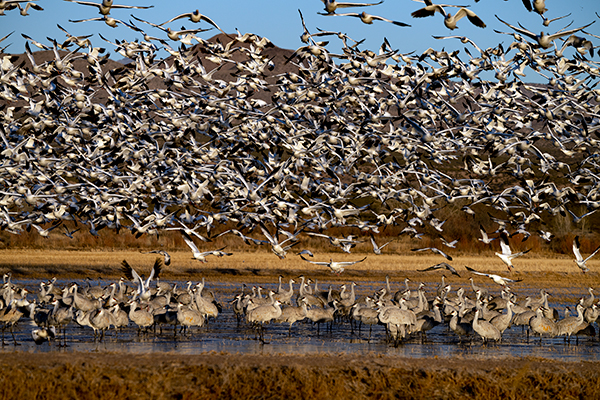 At least our application will be near the top of the pile of requests. We have made our downpayment and the realtor awaits us in Oaxaca to finish the deal. The house is well cared for. We have plenty of time to pack, and make arrangements for moving. 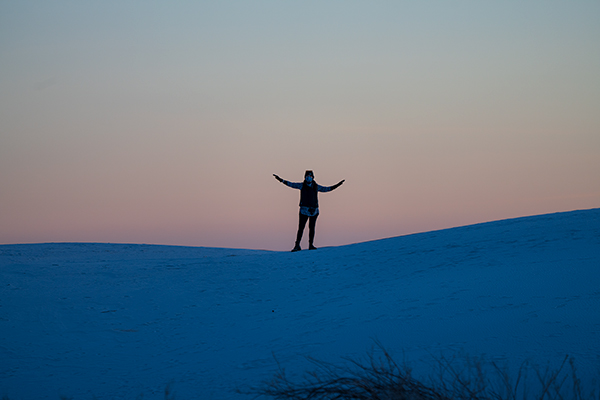 We took a sojourn last week, driving south in our wonderful state of New Mexico—visiting places I wanted to return to after many years. Amy had never been to Bosque Del Apache National Wildlife Refuge, or further south to White Sands National Monument. 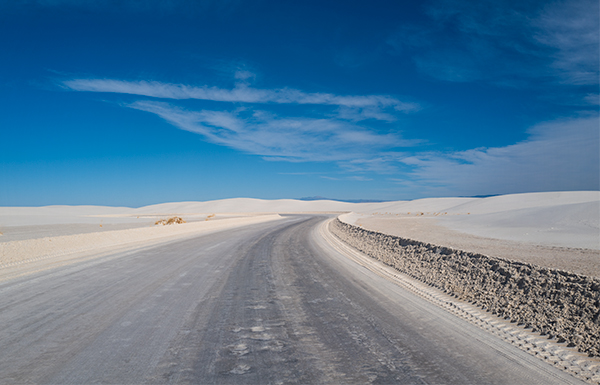 Since the city of Las Cruces is close to White Sands, we went and stayed there with dear art collectors of Amy’s—and took time to wander the campus of New Mexico State University where I spent my first two years of college—some fifty years ago when 18 years old. That’s when I took the philosophy course. 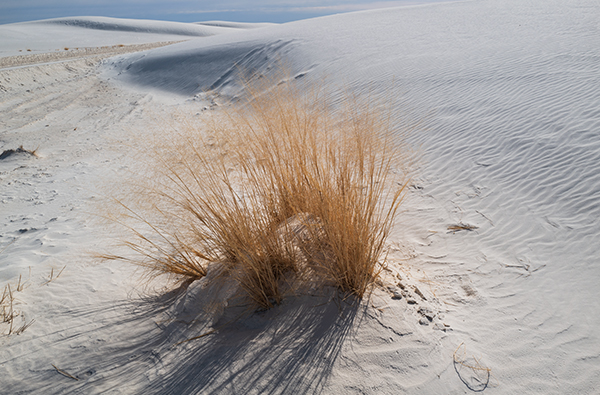 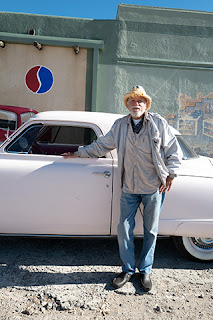 On the way back north, we stopped in a town called Truth Or Consequences, then returned to the Bosque where we witnessed at dawn the mass ascension of migrating snow geese from their nighttime roost on water into surrounding fields to forage.

At one point, while taking deep, wonderful breaths at White Sands, I thought, “how can I leave all this beauty?” 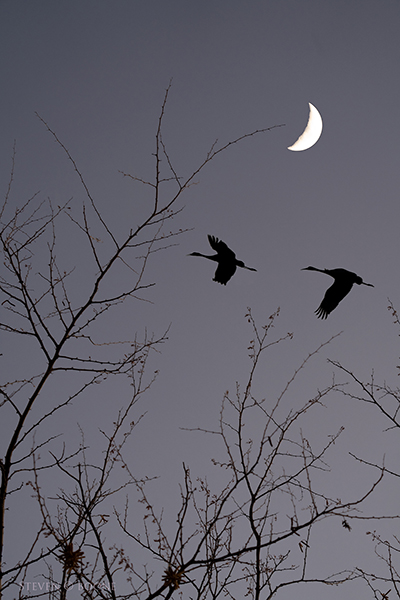 Pages of a Passport 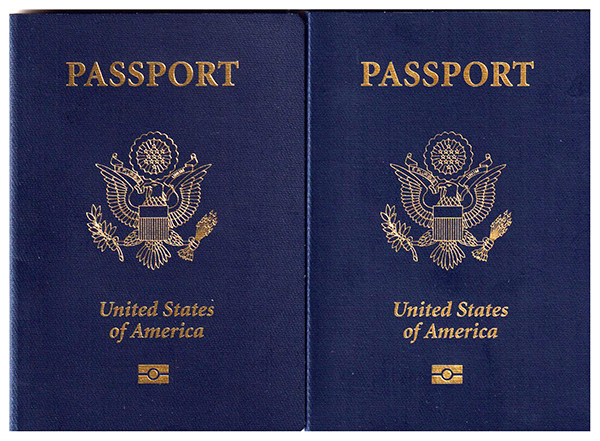 “Home is where your passport is.” – Anonymous

From the time Amy sent her passport off to Philadelphia to be updated with her new name, we have thought about it like two lost children. What can we do without it? Neither north nor south, east or west can we venture beyond the borders of America. My gypsy soul felt convoluted. We are buying a home in Mexico. I have made the downpayment and thought that by now, we would perhaps be living in Oaxaca. 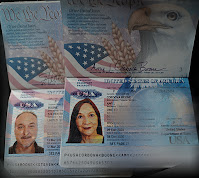 Before moving with our belongings, we must apply for and receive a permanent visa from the Mexican consulate nearby in Albuquerque, New Mexico. The documents required must be consistent, and Amy took a new surname when we married—she is now Amy Córdova y Boone. Her bank statements which are required reflect her new name, but other documents do not.

Passports can take up to three months to process, so we paid extra to have it within six weeks. After the first month, we anxiously searched the mailbox for delivery.

Meanwhile we packed half our belongings into boxes, selling and giving away more. After another two weeks, last Friday the priority packet arrived with Amy’s passport.
The first stamp for her will be Mexico.
From the 2nd page of US passports:
"The secretary of State of the United States of America hereby requests all of whom it may concern to permit the citizen/national of the United States named herein to pass without delay or hindrance and in case of need to give all lawful aid and protection."

You can’t have a narrow mind and a thick passport. – Anonymous
Of all the books in the world, the best stories are found between the pages of a passport. – Anonymous
Posted by Steve at Sunday, December 13, 2020 No comments:
Email ThisBlogThis!Share to TwitterShare to FacebookShare to Pinterest
Labels: Mexico, moving, Oaxaca, Passport, USA, visa
Newer Posts Older Posts Home
Subscribe to: Posts (Atom)