Give And Take Of Play 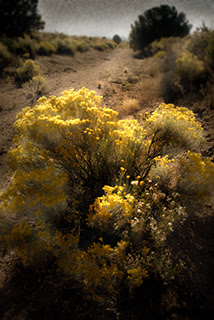 I am in Cincinnati for a funeral. Charles Tobias, my father-in-law for 22 years, died on Thursday. In various ways, he filled voids in my life that I felt from my own father’s immersion in his social work. Charles liked the give and take of play. We went to football and baseball games together in Cincinnati, took family vacations away from the mainland, played golf, enjoyed many fine restaurants and once when he came to Santa Fe, although he was seventy years old we went river rafting down rapids on the Rio Grande river—all fun activities I never shared with my father. A Harvard law school graduate, he enjoyed intellectual discussions that we pursued in politics, philosophy and life in general.
Charles did not talk much about the after life, and Jean said he did not believe in it. So I imagine his joy after he died to discover that he had only been dreaming, and his real life has just begun! Now he is reunited with his wife and ancestors in the eternal.

And now concerning thy question regarding the soul of man and its survival after death. Know thou of a truth that the soul, after its separation from the body, will continue to progress until it attaineth the presence of God, in a state and condition which neither the revolution of ages and centuries, nor the changes and chances of this world, can alter. It will endure as long as the Kingdom of God, His sovereignty, His dominion and power will endure. It will manifest the signs of God and His attributes, and will reveal His loving kindness and bounty. The movement of My Pen is stilled when it attempteth to befittingly describe the loftiness and glory of so exalted a station. The honor with which the Hand of Mercy will invest the soul is such as no tongue can adequately reveal, nor any other earthly agency describe. Bahá’u’lláh
Posted by Steve at Sunday, October 21, 2007
Email ThisBlogThis!Share to TwitterShare to FacebookShare to Pinterest