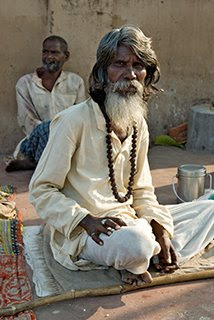 This week feels as though I have died and been reincarnated at least nine times. One minute I am dazzled by a lovely lady in her colorful sari and her trail of sweet perfume, and the next moment stumble on a dying man covered with flies lying on the pavement with a beggar’s cup next to him and a stench in the air. India is not for the faint at heart or those with a weak stomach. It can be alluringly beautiful one second and utterly ghastly the next. Streets are whirling with rickshaws, cars, bicycles, trucks, buses, people, horse drawn carts, dogs and cows—all sharing the traffic jams. Gentlemen in tunics and women dressed in brilliant flowing silk are on the same sidewalks as lepers and deformed beggars in rags. Men, who feel the urge, simply stop and urinate in public next to the streets, and everyone ignores them. Vendors cook over the same gutters that are used to piss into. Trash, dirt and dust is everywhere, and the people appear oblivious to the filthy conditions except when they go in homes or businesses and take off their shoes. 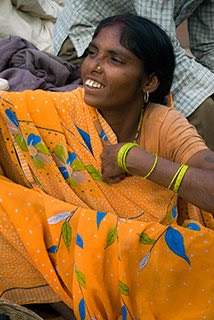 I feel blessed because wherever I arrive, the first person to meet me has befriended me and become my guide and guardian. It truly feels as though angels are watching over me and sending the right person to enter my life, and then, the way is clear for me and I can just surrender and go with the flow. The more I surrender, the more dazzling the journey becomes. In Agra my angel was Ilyas Khan, an old taxi driver who drove me around and watched over me like a hawk to be sure nothing went wrong. He even bought me locks for my suitcases. In Varanasi, it was Rama, a young man who with his friend spent hours driving me around in a rickshaw all hours of night and day, and brought me to his home to meet his family. In Bodhgaya, the first person I met was Varun, a handsome, gentle young Indian who has a good grasp of English and some college education. Together we have visited maybe 20 Buddhist temples and driven far into the countryside to visit his grandmother who lives in a village. On the way, he said I would be the first foreigner to visit there. The children and I quickly bonded and they took me around so I could take pictures. At times, we walked hand in hand, and must have looked funny when one by one, other kids joined our group and whole tassel of us became a parade. 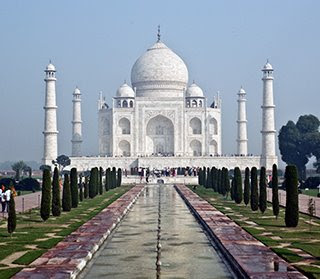 When I arrived in Agra, I had some prejudice about seeing the Taj Majal, since it is a premier tourist destination and has been hyped so much over the years. But when I first laid eyes on it in the morning light, I was immediately dazzled and smitten. It is bewitchingly beautiful. One of the most beautiful creations of man on earth, it has been called “ a materialized vision of loveliness,” and a “dream in marble,” and a “resplendent, immortal tear drop on the cheek of time.”
In Varanasi, (also called Kashi, also called Banares), the mysticism of the east captured my spirit. Varanasi is the most holy place for Hindus, who believe that bathing there in the mighty Ganges River cleanses them of sin. To be cremated in Varanasi and then have your ashes sprinkled in the river makes for certain entrance into heaven. That is why cremation fires burn day and night. To be on a rowboat and see the bonfires along the river at night is quite moving, also, as dawn breaks over its eastern bank when devotees are bathing, doing yoga, chanting, burning incense, going into the temples to make offerings, ringing chimes . . . an amazing scene. 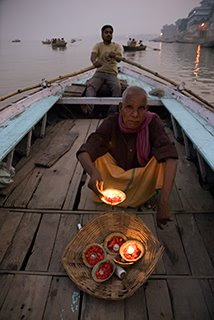 Bodhgaya is where I have been the last few days. It is purported that Buddha received his enlightenment here, and a great many temples have been built. Devotees, especially monks from around Asia come here and can be seen everywhere in their brightly colored robes and with shaved heads. Governments of countries with big Buddhist populations, like Japan, Malaysia, and others, have sponsored the building of temples, and also donated toward helping the local people. 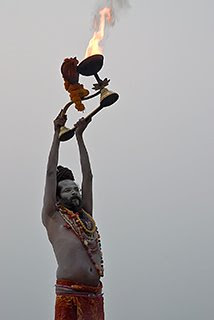 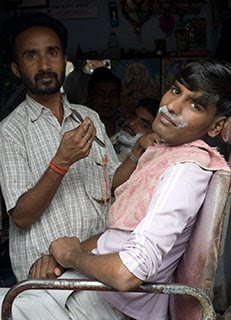 Now I have just arrived via train to Calcutta (Kolkata), and before next weekend expect to be in Bangkok, Thailand. Varun made arrangements for me to stay with his parents in Calcutta, and his father picked me up at the rail station. Unfortunately, I ate or drank something yesterday that made me sick. I have been cautious, but in the village, I was polite and ate some food and drank village water that was graciously offered. In the evening I was throwing up and going to the toilet every ten minutes. Today I woke up feeling terrible but took the train anyway. I can’t touch food for a while. Varun’s family is quite sweet but the bed I was offered is too small. I have found a hotel room that is adequate for the short time I am here.
Posted by Steve at Sunday, November 02, 2008
Email ThisBlogThis!Share to TwitterShare to FacebookShare to Pinterest
Labels: Agra, Banares, Bodhgaya, Buddha, India experience, Krishna, Streets of India, Taj Majal, Varanasi

It was interesting reading your comments about your travels in India. Right now about 20 of my fellow Sikhs are finishing a yatra they were on for an important Sikh holiday in Hazur Sahib, India. I think thousands of people were there to celebrate. I've posted a few of the pictures they sent me and thought maybe you'd like to see them. Check them out on my blog at gurumeher.blogspot.com