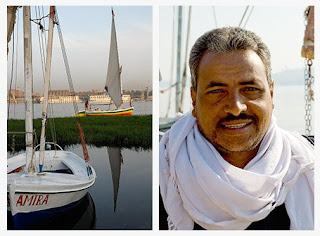 Last week, I wrote of my perceptions returning to the United States after a year of travel, of my sale of objects that I brought back with me, and the shift that has been occurring in my consciousness toward a feeling of complete safety and thankfulness. An anonymous person left a comment; “...and what do you give to others?” I was taken aback, and felt the comment was an accusation . . . or maybe an exhortation to form a soup kitchen for the homeless in these hard economic times.
Since my blog is a public discourse, I feel it is unseemly to tell the world all that I do for others . . . it is better simply to do good for the sake of doing good, rather than public acclaim.
I am an artist, and if we ask the question, “what do artists give to others?” we must think of Mozart, Beethoven, Michelangelo, Picasso, Leo Tolstoy, James Dean, Claude Monet, the Beatles, and many more. Life without art and artists would be impossibly dreary and uninspired, almost not worth living. We could also ask, what do philosophers do for others . . . yet where would mankind be without St. Augustine, Plato, Aristotle, Descartes, and the rest?
During my traveling, I opened completely to the unfolding moments, and there were many occasions to “give to others.” Often it was simple things that seemed natural. During my visit to Egypt, I was in Luxor, along the Nile River. One day I met a man working on his felucca, a traditional sailing boat. He used his boat to take tourists for boat rides, and this is how he supported his wife and four children. He spoke a bit of English, and had just repainted his boat and needed to give it a name and write the word in English on the prow—but he could not spell or write in English. Typically, captains on the Nile River name their boats after their youngest daughters, so he wanted to name his vessel Amira. Since I am an artist, I offered to help, and when I finished, he was overjoyed and took me home with him. Another time, I was in Kashmir and had made friends who invited me to a wedding celebration. It was evening when the groom arrived to meet his bride. Guests were joyous and singing, food was plentiful and the wedding couple were actors playing out their roles from an ancient script. Amazingly, I was the only one there with a camera. Somehow, I was escorted into the private room where women helping to dress and decorate her surrounded the bride, and I took photos. Then I did the same in the room where the groom was sitting with the men. Before I left Kashmir, I had the photos enlarged and delivered to the newlyweds. Simple acts that made a positive difference for people, and along the way of my journey these opportunities arrived frequently. As far as my spending money on things—the local economies where I left my savings benefited greatly. These are communities where small amounts of money, let alone the thousands I spent, go a long way to support families.
In the end, I feel if I live my life fully and authentically, not wasting my talents but instead enthusiastically embracing them to share with the world, then I am also giving to others. 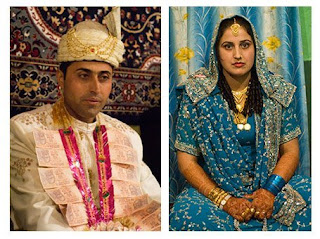 Posted by Steve at Sunday, March 01, 2009
Email ThisBlogThis!Share to TwitterShare to FacebookShare to Pinterest
Labels: Art and artists, Charity, Egypt. Kashmir, giving to others

GMK Khalsa said...
This comment has been removed by the author.
9:41 PM

I don't think you need to qualify the good things you do for others. It's between your consciousness and God. Anyone point a finger should look in the mirror.