In 2008, while I was traveling solo around the world for one year, about three months into the journey, I shifted away from painting as my main focus of art, and became a photographer of the street life that surrounded me everywhere. I developed a pattern of walking through the cities, keenly aware of my surroundings, and as I looked, I would go into what I called “the zone.” Thus, I became one with my surroundings. An ephemeral vapor with eyes. I sought to capture with my camera the unusual and unexpected confluences of life.

For example, in the picture above, I found a large panel of reflective red glass bordering a narrow walkway near my apartment in the downtown area of Madrid. I stationed myself there and simply snapped pictures of people passing by, framed by the red expanse, and also, sometimes my reflection was in the picture too.

I am sharing some pictures I took in Madrid, Spain, since it was exactly this time in June I was there. 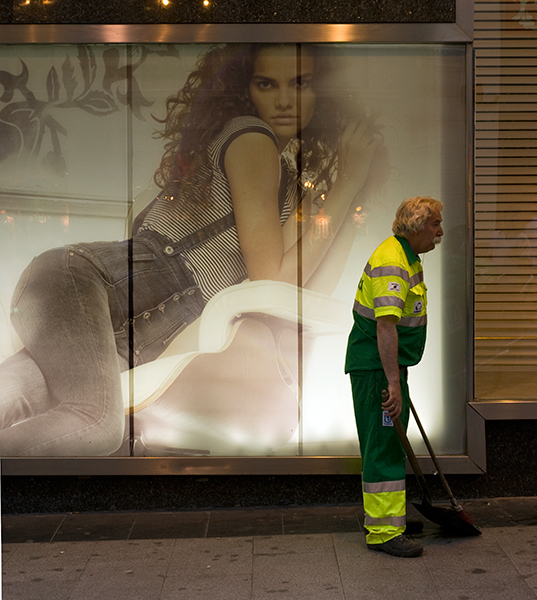