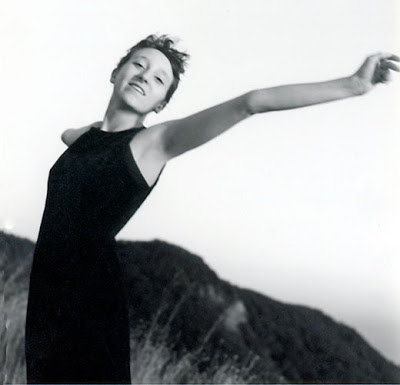 Fourteen years ago, my daughter Naomi died at the the age of nineteen. She fought two hard years against cancer, and held to her hope and faith until the end. Four days before she died, we flew home to Santa Fe, New Mexico from San Francisco, California, on a private jet—an air ambulance, because commercial travel was too risky. We wanted her home to die.

Once home, waiting for the inevitable, Naomi remained calm . . . even when she looked up at me from where she sat on a couch reading and gazing steadily into my eyes, said, “Dad, I am concerned.”

Naomi had kept a diary since she was twelve years old, and continued writing until the end. The morning of the day before she died she scribbled down in weak handwriting on a crumpled piece of paper: Dream of a blissful cruise, I don't remember much of it. I just remember glimpses of it. I am happy, and I can eat a lot. Because the cancer had made her feel so sick, she had been forcing herself to eat.

The same afternoon, a friend came over, and while he massaged her back, she managed to ask after him and his family, and then say, “I love my body, it has been so good to me.”
The next morning she was drifting in and out of consciousness and gasping for air. A doctor arrived and said her heart was beating violently because her lungs were collapsing with pneumonia and not giving oxygen. “It will give out soon” he said.

Naomi died in the afternoon, and a gentle breeze blew in, clouds came and a light rain came to end a drought we had been experiencing. The sun shone through the clouds and a rainbow formed over our house where her body rested in her bedroom.

Since her death, I have asked God that Naomi be my spiritual ally—a guiding light. She has visited my body and taken away ills. I have felt washed by her presence and since her death have only been sick a couple of times. Her spirit always gives me encouragement, and when times are tough, she whispers in my ear, It's not so bad; keep smiling and remember the love.
Posted by Steve at Friday, July 05, 2013
Email ThisBlogThis!Share to TwitterShare to FacebookShare to Pinterest
Labels: death and dying, diary, Grief, Inspiration, Lessons, Love, Spiritual