The Artist And The Model 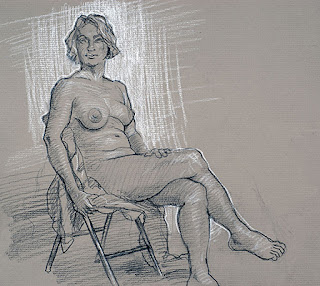 When I first set eyes on my wife Lori, she was undressing to pose nude. I was in a drawing group of about ten people. During the next three hours, she took about ten poses with three five minute breaks between sessions. 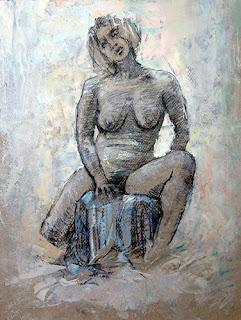 I had recently returned from world travel, and now was getting back to my regular practice of drawing weekly. Over the next few months, I had occasion to draw Lori again, and eventually, the hand of fate drew us together—to become husband and wife.

Last night, we went to a movie called, The Artist And The Model, about an aging artist living in a secluded mountain village in southern France during the second world war. His wife brings home a destitute young woman who lives with them and becomes the sculptor's model. Lori and I sat arm in arm in the theater, watching scenes unfold that were familiar to both of us.

Lori continues to model, with the agreement that it be for groups only—no private sessions with men. I draw as usual, and over the years have made thousands of figure drawings. It is life. 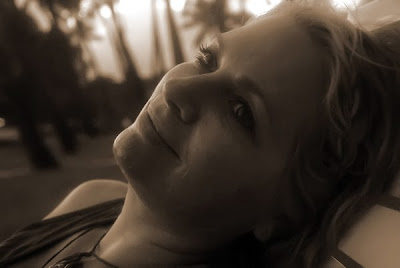 She has beautiful eyes