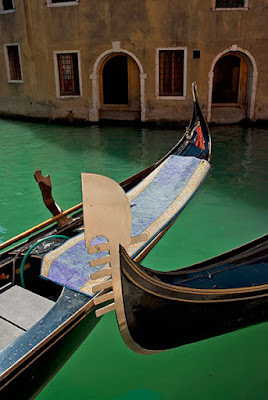 I have a plane ticket to Venice, Italy and an apartment waiting for me when I arrive September 15. Venice is divided into seven neighborhoods called sestieri. I have lived in most of them at one time or another and now I am going back to a favorite called Santa Croce. It is the oldest part of the city with some structures dating over a thousand years.

With six weeks to go, I have found a married couple to take over my home and make payments that cover expenses for three months minimum, maybe more. It works for them because they are looking to buy a home in Santa Fe. Meanwhile, I have opened a boutique gallery to show my artwork in the center of Santa Fe—on the plaza during August, the busiest tourist month of the year. Today was my first day and I had the good fortune to sell two pieces of artwork. (Shown here).

During my sojourn outside of the USA, I will write, make drawings and paintings, and spend hours on streets doing photography. When I did this before, in 2008, I called it “disappearing into the matrix”. Friends, when I told them my plans, joked and replied that I was going to “disappear into the mattress.” Ha, that is not it at all. What the matrix is to me is the place where elements and primal forces merge in life and death—where creation transforms. It is also the calm place inside the swirling forces of nature, like the eye of the hurricane. A great place to be observer.