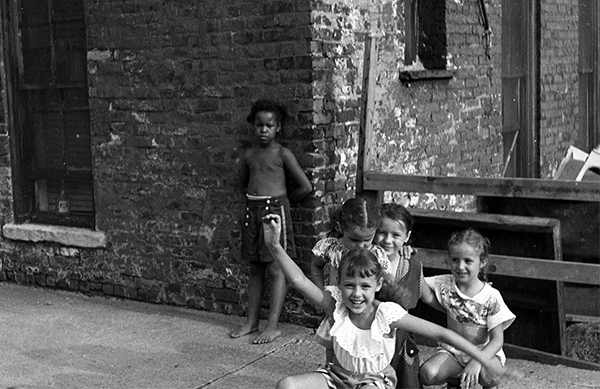 He called on New Year day around dinner time but my phone was turned off. When I saw I had a message from him, at 10:30 PM, I was surprised and happy. “Gosh, it has been a long time,” I thought. Amazing he is still alive—he must be about 89 years old.

Ralph Caprio, a second generation Italian American, always worked with my father and was a steady presence from the start of my life in Chicago. My father, Richard W. Boone (March 29, 1927 – February 26, 2014), always rose to leadership positions throughout his life, and chose to have Ralph beside him. When our family moved, so did Ralph.

Handsome and spry, Ralph stayed a bachelor—always with girlfriends. He had style, and effused ebullience.

All the Boone family loved Ralph. He loved us for the family he never had. In fact, Ralph was our Santa Claus. My parents had five children in eight years. Early on, we were very poor. Living in a tenement on Chicago’s south side, at Christmas, there were meager gifts beneath the tree. Then, on a cold Christmas morning, Ralph would arrive at our door, arms laden with the best presents for us kids. A knock sounded and when the door opened all of us little ones would shout with glee, “Ralph!”

I only had to debate a moment to decide to call him back. I knew it was almost midnight in Chicago on New Year day. I know Ralph has the ability to live on four hours sleep daily, and prefers living that way.

I called back and after a few rings a youthful, familiar voice rang out, “Hey Steve, happy New Year!” He mostly wanted to know how I am. He mentioned that my mother and father would be proud of me and then said, “I love you” before hanging up.

Amy had been nearby when she heard Ralph answer, and remarked, “Wow, he sounds so youthful and bright!”