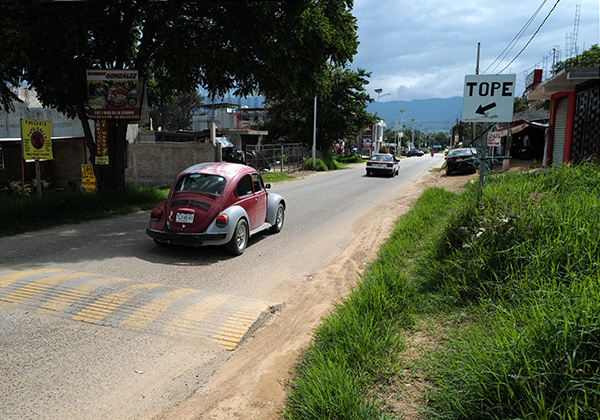 Stop signs have frustrated me in life. I get up to speed making real progress going to a destination, when suddenly the sign looms ahead; ordering me to a standstill. The impatience is my fault. But perhaps warranted when I see no reason to stop. Oh well. 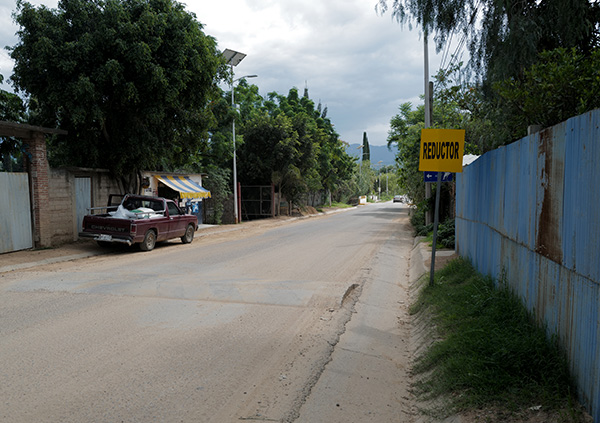 Oaxaca does not have stop signs, only traffic lights.  Instead of stop signs are “tope” (pronounced toe-pay). In the USA they are called speed bumps.  After several months living here am I accepting them without much of a grudge. I have learned to ease up just in time to roll over them before gathering speed again. A couple times I did not see the tope before crashing over with a thump. Amy and I have seen them on dirt roads too, where people make them to slow traffic. Amy counted almost forty between our home in the village and the nearest shopping center a couple miles away.
The other adjustment to life we are making is learning to live with insects. For more than four decades in Santa Fe, New Mexico, USA, I often gave thanks for being free of mosquitos, flies and chiggers. That has changed and insect bites are common. And plants are eaten by pests—mostly ants. It brings back memories from my childhood in Illinois, and later Washington DC.
Just today I noticed some flowers gone we had grown from seed, called Jamaica, that make a nice tea. Yesterday 20 were about two inches high in a neat row and today only two were left standing. A similar attack occurred on rose bushes. I had to dig up denuded plants and put them in pots where I can keep an eye on them as they recover. We joke that they are in the hospital.
Standing at our back door this afternoon I remarked to Amy, “Oh well, there is so much to be thankful for. Look at our marvelous plants, and how happy the earth is now.” 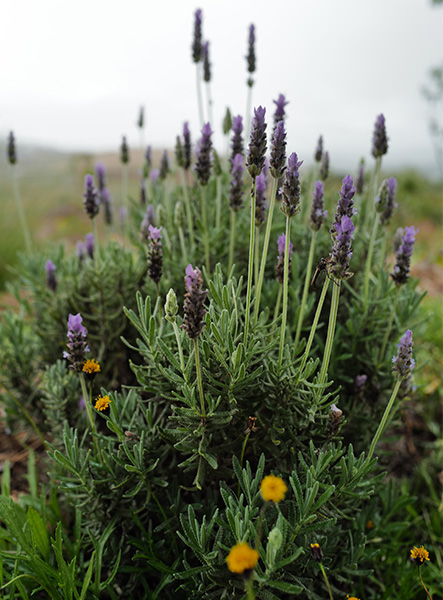