Winds of Despair are Blowing from Every Direction 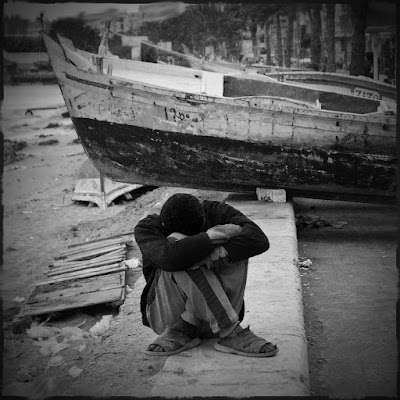 War is only a cowardly escape from the problems of peace.  -THOMAS MANN

The spectre of war continually afflicts the world. Center stage now is the conflict between Russia and Ukraine; with wider implications for the planet.

Here are some cogent and insightful remarks regarding war.

Today there is no greater glory for man than that of service in the cause of the Most Great Peace. Peace is light, whereas war is darkness. Peace is life; war is death. Peace is guidance; war is error. Peace is the foundation of God; war is a satanic institution. Peace is the illumination of the world of humanity; war is the destroyer of human foundations. When we consider outcomes in the world of existence, we find that peace and fellowship are factors of upbuilding and betterment, whereas war and strife are the causes of destruction and disintegration. All created things are expressions of the affinity and cohesion of elementary substances, and nonexistence is the absence of their attraction and agreement. Various elements unite harmoniously in composition, but when these elements become discordant, repelling each other, decomposition and nonexistence result. Everything partakes of this nature and is subject to this principle, for the creative foundation in all its degrees and kingdoms is an expression or outcome of love. Consider the restlessness and agitation of the human world today because of war. Peace is health and construction; war is disease and dissolution. When the banner of truth is raised, peace becomes the cause of the welfare and advancement of the human world. In all cycles and ages war has been a factor of derangement and discomfort, whereas peace and brotherhood have brought security and consideration of human interests. This distinction is especially pronounced in the present world conditions, for warfare in former centuries had not attained the degree of savagery and destructiveness which now characterizes it. If two nations were at war in olden times, ten or twenty thousand would be sacrificed, but in this century the destruction of one hundred thousand lives in a day is quite possible. So perfected has the science of killing become and so efficient the means and instruments of its accomplishment that a whole nation can be obliterated in a short time.

Gracious God! Even with such a lesson before him, how heedless is man! Still do we see his world at war from pole to pole. There is war among the religions; war among the nations; war among the peoples; war among the rulers. What a welcome change would it be, if only these black clouds would lift from off the skies of the world, so that the light of reality could be shed abroad! If only the darksome dust of this continual fighting and killing could settle forever, and the sweet winds of God's loving-kindness could blow from out the well-spring of peace. Then would this world become another world, and the earth would shine with the light of her Lord.

Selections From the Writings of ‘Abdu’l-Bahá, pg 320

"The winds of despair", Baha'u'llah wrote, "are, alas, blowing from every direction, and the strife that divides and afflicts the human race is daily increasing. The signs of impending convulsions and chaos can now be discerned, inasmuch as the prevailing order appears to be lamentably defective." This prophetic judgement has been amply confirmed by the common experience of humanity. Flaws in the prevailing order are conspicuous in the inability of sovereign states organized as United Nations to exorcize the spectre of war, the threatened collapse of the international economic order, the spread of anarchy and terrorism, and the intense suffering which these and other afflictions are causing to increasing millions. Indeed, so much have aggression and conflict come to characterize our social, economic and religious systems, that many have succumbed to the view that such behavior is intrinsic to human nature and therefore ineradicable.

The Promise of World Peace, Pages 1-3: Universal House of Justice

Banning nuclear weapons, prohibiting the use of poison gases, or outlawing germ warfare will not remove the root causes of war. However important such practical measures obviously are as elements of the peace process, they are in themselves too superficial to exert enduring influence. Peoples are ingenious enough to invent yet other forms of warfare, and to use food, raw materials, finance, industrial power, ideology, and terrorism to subvert one another in an endless quest for supremacy and dominion. Nor can the present massive dislocation in the affairs of humanity be resolved through the settlement of specific conflicts or disagreements among nations. A genuine universal framework must be adopted.

Certainly, there is no lack of recognition by national leaders of the world-wide character of the problem, which is self-evident in the mounting issues that confront them daily. And there are the accumulating studies and solutions proposed by many concerned and enlightened groups as well as by agencies of the United Nations, to remove any possibility of ignorance as to the challenging requirements to be met. There is, however, a paralysis of will; and it is this that must be carefully examined and resolutely dealt with. This paralysis is rooted, as we have stated, in a deep-seated conviction of the inevitable quarrelsomeness of mankind, which has led to the reluctance to entertain the possibility of subordinating national self-interest to the requirements of world order, and in an unwillingness to face courageously the far-reaching implications of establishing a united world authority. It is also traceable to the incapacity of largely ignorant and subjugated masses to articulate their desire for a new order in which they can live in peace, harmony and prosperity with all humanity.   -The Promise of World Peace, Pages 6-9: Universal House of Justice

There never was a good war, or a bad peace.