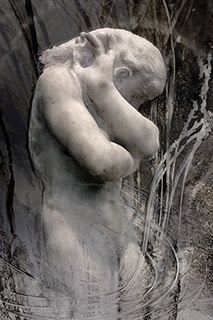 SUNDAY, JANUARY 7
I could not finish listening to the audio book, "Madame Bovary." Gustave Flaubert's writing is superb, with exquisite descriptions of characters, physical settings, and the minutiae of life. For me, following Emma Bovary’s pent up inner yearnings while she has affairs, dismissing her marriage and fortune as too provincial and not up to snuff . . . well, if it were not one of the great works of literature, my listening would not have continued until almost the end, (which I know ends in suicide.)
Plans for Sicily are becoming solid. I will arrive in the second week of March and rent a house on the Northwest side, near Trapani, on the Mediterranean. I want to paint sunsets over the water. There are great towns everywhere nearby, like Erice, a historical city with ancient Greek ruins that sits on a mountain top overlooking the sea. Two weeks later I will go to the other side of the island, nearer to the active volcano Mt. Etna . Taormina sits on a bluff above the Ionian sea, at the foot of Mount Tauro. For centuries it has been Sicily’s most famous tourist spot, dating from the time of the Greeks. The town has preserved its medieval layout. It will be easy to find beautiful places to paint.
Afterwards Venice beckons . . .
The image above is a new work created from a photo of a Rodin sculpture I saw in Frankfurt, Germany combined and manipulated in Photoshop with an image of painted glass.
Posted by Steve at Sunday, January 07, 2007
Email ThisBlogThis!Share to TwitterShare to FacebookShare to Pinterest