All The World’s A Stage 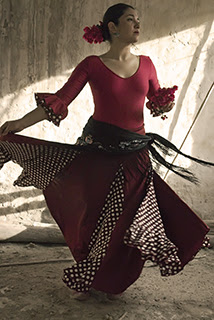 “All the world’s a stage, and all the men and women merely players. Each has his entrances and exits, and each one in his time plays many parts.” Shakespeare

Darrical, Spain, is a small stage with so few actors as to be almost a one-man act. The backdrop is simple: a tiny mountain village with no shops or telephone wires, just a cluster of whitewashed houses on a steep hillside. Many of the homes are empty and falling down. The only noises to break the silence are birds singing, roosters crowing, dogs, goats with bells around their necks, wind in the trees, the river, the buzz of flies, and occasional sounds of human activity.
The actors are few, so each plays a noteworthy part. There is a drunk, a mysterious kleptomaniac, a town majordomo, an old goat herder and his wife the cheese maker. My hosts are Carol, a reserved Scottish actress and director, and Rolf, her jolly German jack-of-all-trades husband, who plays accordian and sings folksongs. They are in their mid-sixties. Higher up the hillside, in one of Carol and Rolf’s houses are two delinquent German teenaged girls and their German government caretaker, who monitors their reformation from drugs and loose living. Further down the hill are a couple of British expatriates, also in their sixties, who are retreating from livelier days, and spend time tending a small English country garden, hidden in a bamboo forest by the river. I am in the mix—a traveler/artist/writer, referred to as “cowboy.” Other free spirits come and go, like the artist Pepa, a vibrant young Spanish woman who speaks fluent English, and lives in Darrical part time. All the characters mix feely and loosely.
Since there are so few actors and actresses on this stage, each is keenly aware that all are important and gifted players. How wonderful, when Rolf, sweaty from working in the sun, throws off his shirt, takes up his accordian and begins singing. Carol has been in a subplot of her own for years, trying to get people to quit throwing rubbish down the hillside or stuffing it into empty houses. Instead, trash bins are now at the village entrance and are emptied once a week. She and Pepa put on an art festival once a year. The German girls are almost always with their caretaker, who watches them like a hawk lest they run away from the stark life imposed on them. They smoke cigarettes and sunbathe nude around their house. Sometimes they join our group for conversation in Spanish, German and English. I paint the village scenery, standing in one spot for hours, staring at the white walls. Pepa sometimes models her stunning Spanish features for me, and I have several times gone photographing her among the streets and ruins. Meanwhile, there are always swallows among us, singing the score to our little Spanish melodrama.
Posted by Steve at Tuesday, May 15, 2007
Email ThisBlogThis!Share to TwitterShare to FacebookShare to Pinterest
Labels: Actors on a stage, Andalusia, Darrical, Shakespeare, Spanish