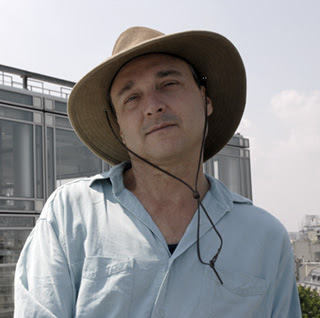 I sat down with a couple of friends at a table outdoors at a crowded Paris café in the Latin Quarter. The evening was approaching midnight, and as we began talking, straining to hear each other amidst all the other simultaneous conversations pouring forth from the boisterous mob, a slight, elderly Parisian woman placed herself firmly at the curb and began singing. It was hard enough to hear our conversation, and now there was singing nearby to contend with. The woman wore makeup and dressed daintily. Her voice sounded frail as she gazed upward, sometimes using her hands for effect, and threw her melodies out to the group gathered directly in front of her. For some people, it was too much to compete with, and soon someone shouted at her, “ Shut up!” She ignored the insult and kept on without the least change of expression. Another man went up, put money in her hand and began singing alongside, but mockingly. She was unfazed. In between listening to my friends, at times I caught myself listening to her, surprised to hear some pleasing melodies in her song. When she finished, she put forth a cap for contributions, and then walked to another street corner to continue singing. “This is Paris,” I thought. All sorts of characters thrive here, adding their distinct form of panache to the pot of stew.
Posted by Steve at Monday, June 04, 2007
Email ThisBlogThis!Share to TwitterShare to FacebookShare to Pinterest