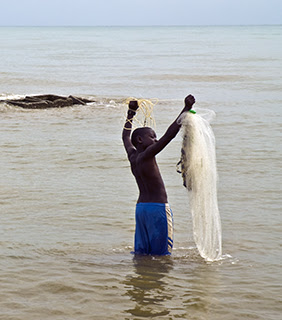 This world is alive with visible and invisible forces that constantly play together. Imperceptible tides cause the sea to rise and fall, while hidden gravity keeps the moon circling around the earth. Scientists might have explanations for consciousness, but how do they explain the difference between human and animal thought? Dream thought and waking use the same brain for cognition but the experiences are different.
Belize is my first stop on my way around the world, and I have experienced stepping into THE DREAM I love to live in.
The first step to entering THE DREAM is letting go of preconceptions. I know that when I travel, so much is foreign that I feel like a child experiencing the world anew. Then surprises happen and if consciousness is fully open, a sense of wonder occurs; just like in a dream.
I wanted to come to Belize to get relaxed and start dreaming and also, to live among a community of black people. Dangriga is a black community on the coast. It is poor like most of Belize—people don’t have wealth and live simply. Ramshackle houses are everywhere, and are not seen in the USA except in the poorest regions of the south. Yet natives are friendly and almost always smile at me with a greeting, most often saying, “hello sir.” Their accent is sort of British but also mixed with a Caribbean dialect that is rythymic to the ear. Women sometimes stroll with parasols and children play everywhere. I’ve seen some climbing to the top of coconut trees to knock off the fruit. Belizean black people have skin color that is quite dark, much darker than typical blacks in the United States. I find them wonderful to look at and easy to become friends with.
Posted by Steve at Monday, February 11, 2008
Email ThisBlogThis!Share to TwitterShare to FacebookShare to Pinterest

Its easy to keep a reality BUZZ on when the scenery is changing dramatically. Challenge is to be in routine and stay productive and turned ON. I find it intermittently possible/impossilbe but always challenging. Travel to places previously unknown, plush or impoverished is certain to awaken the sences.