Scratch Under The Surface 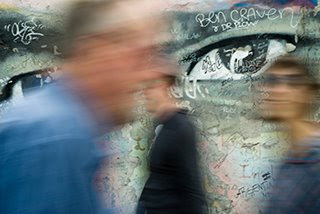 I feel I am just beginning to scratch under the surface of Berlin and German culture. A short stay is not enough to get through the seemingly hard external to the warm pulse inside. On the outside, German life can seem brusque because people are almost the opposite of “laid back.” Maybe that is why there is so much beer drinking: a means to slow themselves down for a while, which they can’t seem to accomplish otherwise. In the classic balance of yin (feminine) and yang (masculine), Germany is on the yang side, trying to be in harmony with yin. The first country I visited on my trip, Belize, was very yin; almost laconic to the point of lacking an impulse, and opposite of Germany.
It was in Belize that I met Steffen, who was visiting there from Berlin. And now six months later, by surprising circumstances, we see each other again in a land of an opposite culture. Through Steffen, I now have a bicycle and have met several of his friends and seen Berlin more intimately. Wow, without him, I might have missed a 7000 ft. (2000 meter) stretch of the Berlin wall that is still standing, covered with artwork and graffiti. By the time I leave for Paris, I will have taken maybe 400 pictures along the wall. I stand back and click my shutter as people pass in front of the artwork. Sometimes I choose a slow shutter speed, so the people are blurred and the artwork is focused. This adds intrigue and mystery to the fascinating scenery. The wall was originally a tall, long, white, concrete slab—what a magnet for street artists longing to tattoo it with their tags!
Speaking of tattoos, it seems at least half of the people have permanent body decoration, ranging from a butterfly on an ankle to full fledged apocalyptic visions covering the entire body, neck to toe. I have been thinking of getting one. It has been in my mind for several years—a snake wrapping around my wrist and biting my hand. Perhaps Berlin is the place to scratch some ink under the surface.
Another wonderful contact I have in Berlin is Anne. We first met in Santa Fe four years ago when she was an exchange student and I was a mentor for her in art through her American high school. Now she is in university studying linguistics and we have met again. Her English is great, so we can talk freely and share thoughts and perceptions. We went to a fabulous Berlin museum called Gemäldegalerie that possesses one of the world's finest collections of European art from the 13th to 18th century, including works by Vermeer, Rembrandt, Durer, Rubens, Velasquez, Caravaggio, Titian and many others. I get inspired standing so close to masterpieces I have seen in art history books . . . and then, being with Anne, the hard external is broken and I am no longer an outsider, but feel the warmth inside German life. 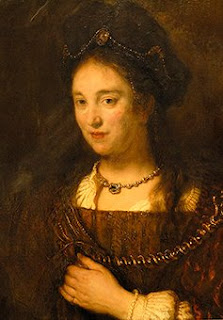 Posted by Steve at Sunday, August 10, 2008
Email ThisBlogThis!Share to TwitterShare to FacebookShare to Pinterest