How Awesome Is The World 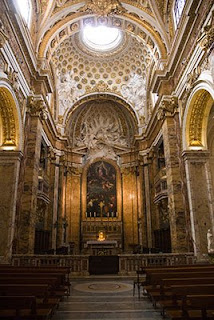 I have been traveling across continents for 6 ½ months since leaving Santa Fe last February. I am using the same two suitcases, with some different contents now. My energy is good and I don’t think about stopping. The time will come eventually, but I do not know when. I feel stronger and my creative possibilities have broadened along with my knowledge of the world. The biggest challenge has been intervals of isolation without friends or anyone to share with. Yet, this is my freedom as well, since I move in any direction and follow my whims. Now I am in Rome, and it was only a few weeks ago while in Paris that I decided to come here. The streets enliven me, and sometimes I feel incredible to be living in fantastic locales. Thankfully, despite my brevity in places, I meet great people and develop friendships. Last night, the owners of my apartment invited me to their house for dinner. Their son, Luca, has an incredible talent for languages and speaks eight fluently although he is not yet thirty years old. I felt right at home at the dinner table . . . we began at 9 PM and finished around 11 PM with a four course meal, good conversation, laughter, philosophy and drink. Later I walked with Luca into nearby Trasteverde and mingled with the weekend crowds.
In Italy, the Roman Catholic Church has been a powerful presence since the Emperor Constantine converted to Christianity in 313 AD. Every city has churches (over 900 in Rome), and some have so many that it is hard to imagine there are enough people to fill them. In these modern times, they are tourist attractions, because of their architecture, ornate designs and materials, and the art that is found inside. You have to be here and see it to believe it. It is amazing and probably why visitors from other parts of the world, when they are in Italian cities like Florence, Venice, or Rome, sometimes swoon and feel like they are maybe losing their minds. This malady been studied and there is a scientific name for it, called Stendhal syndrome.
I like to browse into the churches, which are open and free to the public. As an example of Italian spiritual exuberance, in the center of Rome, the Piazza del Popolo with its circular plaza, has three major churches and there are two others within a couple blocks. The other day after I visited the Pantheon, a block away, I walked into a church, San Luigi dei Francesi, and was stunned to find it contained three major Caravaggio paintings that any museum in the world would die for.
Countless images and myriads of varied sensory experiences have gone into my consciousness and now live in memory. I have international friends. As I ponder this, I realize how awesome is the world and that I have a small understanding of it. Going inward, I do not comprehend the dimensions and working of my own body. Outwardly, even as I travel and gain new insights, I realize I am just touching an infinitesimally small portion of the earth and its life. Looking into space, I realize that the earth is only a speck in the universe and our universe is only a speck in eternity.
Next Saturday I leave for Tanzania. 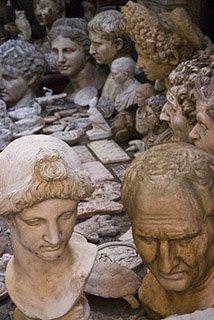 Posted by Steve at Sunday, September 14, 2008
Email ThisBlogThis!Share to TwitterShare to FacebookShare to Pinterest