Standing On The Threshold 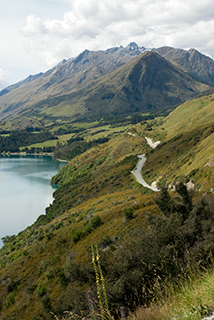 When I arrived in Auckland, New Zealand, a native told me, “Ah, you saved the best for last!” No doubt New Zealand, with its sparse population, is among the very best places in the world for natural scenic beauty that has not been spoiled by man. For lovers of wilderness and the great outdoors—from volcanoes and glaciers, to fjords and endless coastlines, this is paradise, offering just about every open-air activity. Now, while it is summer and so far south of the equator, it is especially wonderful because the sun barely goes down before it rises again. Light comes before 6 AM (06:00) and does not completely vanish until after 10:30 PM (22:30). 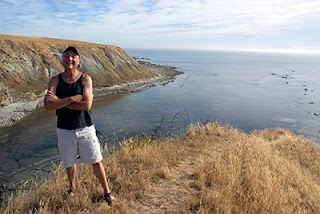 I have rented a car for the two weeks I am here, and for the first time in my travel, have been staying in hostels. I get a room of my own, and usually share a bathroom and other facilities, such as a kitchen. It is cheap and for the most part has worked out, except for some lack of privacy. I mix in with a mostly young, international, set of fellow travelers. 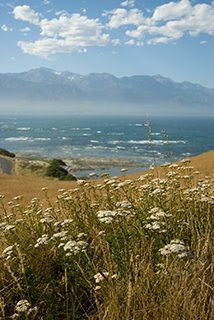 New Zealand is comprised of the North Island and the South Island. Starting from the far north, in Auckland, I have driven south, following the western coast and stopping along the way at nearly deserted black sand beaches to walk and dive into slightly chilly surf to be invigorated. From Wellington, the capital, I took a three-hour ferry with my car to the South Island. Now I am in Queenstown in the far south, a major city that is a jumping off place to spectacular mountains, forests, lakes, streams, rivers, alpine meadows, lush pastures, and especially Milford Sound and the fjordlands.

I have been driving more than I expected, but at least I am close to the ground and can witness the changing scenery. Also, if I see something interesting, I stop. By the time I finish with my car, I will have driven perhaps 3,800 kilometres (2105 miles). Despite seeing so much, I feel a bit rushed and realize that two weeks is not enough time—rather, a year would be about right to get an intimate and insightful impression of the manifest and hidden wonders of New Zealand.

Strange, but when I arrived in New Zealand I had mixed feelings. I have seen and experienced so many places, and now, I am at the last step, standing on the threshold of returning home to the United States. I have some remorse and wonder how I will adjust to being “home.” My solace is that THE DREAM keeps going. 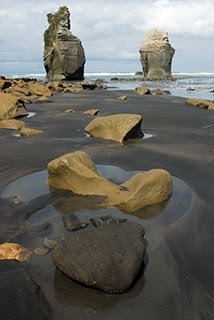