Not Burned By Fire, 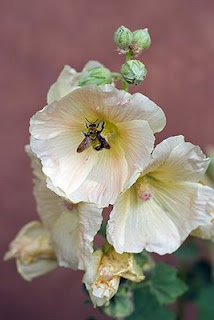 I find it fascinating that people are so wrapped up in the material world. It is as if life and its meaning depends on being comfortable. Then, the more wealth a person has, the happier they will be. For me, this is illusion. THE DREAM is where my treasure exists, and it will never be exhausted.
This is not to say that the material world does not matter. Recently a friend in Nairobi, Kenya sent me a text message asking if I could send her some money to see a doctor, and mentioning that she and her daughter had no food in their house. In those situations, it is more difficult to be philosophical. I often wonder how I would face the world in similar circumstances.
I think that the death of my daughter Naomi brought me to the state I am in now. During her final days, I felt that all the wealth in the world was only dust scattering in the wind. Deep down, I knew how remarkable was THE DREAM that continually unfolded and that I am privileged to witness. I saw in Naomi a being that had surpassed the physical, and in my book, A Heart Traced in Sand, I quoted these words from the Bhagavad-Gita:
The bonds of his flesh are broken.
He is lucky, and does not rejoice:
He is unlucky, and does not weep.
I call him illumined.

Not wounded by weapons,
Not burned by fire,
Not dried by the wind,
Not wetted by water;
Such is the Atman,

Not dried, not wetted,
Not burned, not wounded,
Innermost element,
Everywhere, always,
Being of beings,
Changeless, eternal,
Forever and ever.
Posted by Steve at Sunday, June 21, 2009
Email ThisBlogThis!Share to TwitterShare to FacebookShare to Pinterest
Labels: Bhagavad-Gita, Deep down, Dreams, eternity, Philosophy, Steven Boone, wealth and poverty

Thanks for talking once again about things of such importance and relevance. I recently began reading a book that is challenging me like nothing ever has. I feel shaken to the core and as I get my legs under me and my head wrapped around the insights I am thankful for the opportunity to make changes. Keep writing. -- JDR