We Manifest Our World 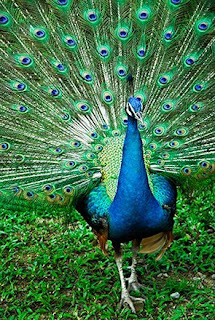 It came as a shock to hear that Michael Jackson (August 29, 1958 – June 25, 2009) died. Certainly, he was a giant among entertainers, and had millions of fans. Nonetheless, it is incredible the amount of attention that has been garnered by his death. It is as big a news event as any, and I dare say if a nuclear bomb went off somewhere in the world, it would not provoke any more news coverage.
Here is another story. Years ago, I was outdoors with my easel and paints, making a picture along a quiet road in Santa Fe when a man my age approached and struck up a conversation. He was an artist, and before he departed we arranged to see each other again and go painting together. Over time, we became good friends. Eventually he moved from Santa Fe with his young family and lived in Michigan before later moving to San Luis Obispo, California. Occasionally we met each other and always shared an easy ambience of artistic brotherhood.
Ken perhaps was the more bohemian, not caring much about money or fortune except for his family, enjoying good times when they came and indulging in marijuana and drink if it was available. The family seemed to live on the margins, but he remained a conscientious father and faithful husband. His daughters grew, while I lost my oldest, Naomi to cancer and eventually my second wife and I divorced when our daughter turned twenty.
Ken often confided his own discontent in marriage and ruminated about the life he wanted to live as a free spirit. Before he had married, he had led the life of a vagabond artist, bicycling around France, living in Paris and becoming fluent in French. In marriage, he barely managed to support the family from his meager earnings as a painter. In San Luis Obispo, his wife became the primary breadwinner as a school teacher.
About 1 week ago, Ken called and informed me that he and his wife was separating. I felt bad, but understood. He asked me for my new address and told me he wanted to send me a letter. A few days ago, I received a packet from Ken. I opened it and there were some newspaper clippings and his letter. I always enjoy Ken’s letters because he writes poignantly about his life and immediate experiences, and also adds a bit of philosophy.
He wrote about the difficulties of his separation, the family, his plan to go to France for a break, and then he wrote a sentence that did not make sense: “Naturally winning a million dollars is a good thing, but it has created a lot of headaches too.” I read on and he told me he hoped to relax and paint more in France, and that he had been playing golf. He closed by saying he hoped I was well and that maybe we could get together “one of these days.” I put the letter down and reached into the large envelope, pulling out the paper that was folded neatly in half. Imagine my shock when I saw that it was the front page of the San Luis Obispo newspaper with a picture of him beside the headline: LOCAL ARTIST WINS 1 MILLION DOLLARS. The article was titled, A Painterly Stroke of Luck, COLOR OSOS ARTIST RICH. The newspaper quoted Ken: "I think twice about going out to lunch. It's very rare that I spend money like that. I did not tell my wife because I didn't want her to know I had spent money on something so frivolous."
I am still incredulous. Of course I called Ken, and he explained that he had been reading a book called Ask And It Is Given, about how we manifest our world by the way we think, and around the same time, he saw an advertisement in the Los Angeles Times for a raffle to benefit a charitable arts organization. The price of a ticket was steep—one hundred and fifty dollars, but the prize was a house in Santa Barbara or 1 million dollars. Ken never gambled or entered lotteries, but for this time, he dug under his mattress and without telling his wife bought a ticket, thinking that he would win. And then a month later, he was announced the winner. “I was not surprised”, Ken told me.
Posted by Steve at Saturday, June 27, 2009
Email ThisBlogThis!Share to TwitterShare to FacebookShare to Pinterest
Labels: artist, benefit, manifestation, Michael Jackson, winning