The Great Scheme Of Things 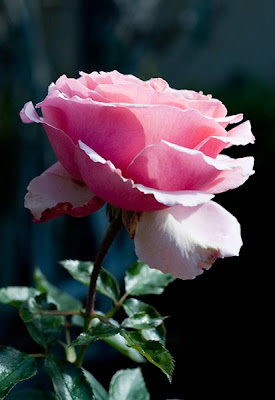 Some people believe in God and others do not, and those in between are called agnostics. It is understandable that there is great difficulty attaining 100% consensus of belief in God, for the finite mind cannot grasp the infinite nor can a cup contain an ocean; and many of us have to grasp something in order to believe in it. Furthermore, this world is beautiful but also violent, with merciless atrocities that occur naturally and by the hand of man. This further confuses people who cannot stomach the thought of a beneficent Creator making such a mess and watching his creatures struggle in it for the sake of progress to a better life later.

When I was growing up, our household was without religion. My parents never spoke of God, and religion was something my friends knew about but not me. In some cases they endured the religion that was foisted upon them. Our household was liberal and a place for free thought. As the years went by, many of my friends came to enjoy our house as a haven of sociability. As I entered my teen years and my mind expanded, I asked my parents about their belief in God. My father said he did not believe, and since he was a passionate social activist, went so far as to quote Karl Marx, who said, “Religion is the opiate of the masses.” My mother said, “I am an agnostic.” Since I did not know what that meant, she went on to inform me that God may exist, but we cannot know for sure, so we allow that He might be present.

My youthful spirit searched for the truth independently during the beginning of my college years. Of course, I wondered more deeply what life was about and how I came to exist, and what my purpose might be. The first holy book I read, the Bhagavad-Gita, I found by chance while browsing in the university library. Glancing through the pages, something drew me, and I read it in entirety. Soon thereafter, I began a three-day fast, and pondered deeply whether God existed. The main question that excited my imagination and soul: “How did intelligent life and ordered existence throughout the universe come to be?” I could only conclude that a higher intelligence, God, made creation, of which I am part. Funny, but the next question that plagued my youthful mind for the next couple days was, “Can there be more than one God?” Perhaps I wrestled with the thought of one Being, dominant over all. But finally, I arrived at closure when I realized that God must be All-Powerful, and if there were two Gods then neither would be All-Powerful. There can only be one God. Shortly thereafter, I found the Baha’i Faith, and joined.

Over the years, my parents have changed. My father does not mention God or religion, but I suspect he has gone from being atheist to agnostic. My mother has developed a deeply personal relationship with God. She does not belong to a church, but in almost all her conversations she praises God, the Creator. Every day she speaks of “the wonderful world we live in.” I went to live with them in the spring, to help them with aging issues, and slept in a small anteroom near their own bedrooms. They would retire about the same time each night, my father closing his bedroom door and turning on his white-noise sound machine, and my mother would arrive in her bed, then promptly begin speaking out loud, (I could hear her), having a personal conversation with God. Typically, she praises His creation: the beautiful green grass, flowers, magnificent trees, the order in nature, sunlight, air and temperature, earth, soil, micro-organisms . . . and she thanks Him for her body and holding her place in the great scheme of things. 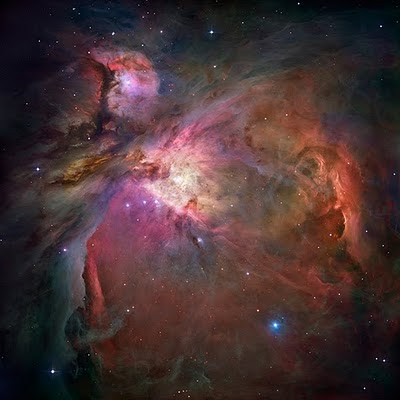 A few months ago, I met your parents while taking a walk and I commented to them on the beautiful day. Your mom lit up and said, "It's a GLORIOUS day!" I really like that word "glorious." Now I find myself saying it all the time while beholding the beauty of nature.