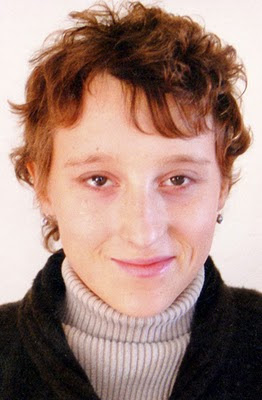 For a lover, the greatest torment is separation from his love. It can be an agonizing pain if the goal of one’s longing is removed and becomes inaccessible. Perhaps this is why religions preach detachment as a means to happiness. If we cease to want, then neither do we lack. If we are near God, the All-Knowing, the Protecting, All-Bountiful, then we should be happy all the time, regardless of our outer circumstances. The difficulty is that we are part of the wondrous and terrible wheel of life and death, the Matrix of being. In Hindu scripture it is named the cause of suffering. We are told everything physical is fleeting and must end in death—leading to transformation and rebirth. Only the spiritual is changeless and imperishable. Yet, in this world, the physical is the vehicle for all our learning, our joy, satisfaction, jubilation, achievement and growth.

I learned how crushing this lesson could be when my beloved daughter Naomi became ill with cancer and two years later died. The anniversary of her death is tomorrow, July 5. She died in 1999 at the age of nineteen. How could I be detached from her? If I were a saint maybe I could stand back and say calmly, the Hand of God is at work and she is being transformed and taken by Him to a better place. The fact is, my heart was broken a thousand times by the demolition of her body which she loved so much and tried desperately to save, and after we buried her I cried every day for six years. Granted, I know she became a radiant light during her calamity and is now among the chosen in paradise, yet I will never “get over” the loss of her here, in this physical world. Is it because I am not detached?

In the Baha’i historical record is a transcendent figure named Nabil. He was the close, devoted follower of the prophet Baha’u’llah and wrote the definitive history of the Baha’i revelation, called The Dawn-Breakers. At the time of Baha’u’llah’s death, Nabil became so distraught that he walked into the ocean and drowned himself. He could not be detached from his beloved or live in this world without Him. The pain was unbearable. I understand, although I also know this life is but the time of a blink of an eye in eternity and soon enough this dream will vanish and everlasting union will prevail.

From the other side, I often hear Naomi’s voice telling me to live life fully and appreciate its great beauty.  Soon enough it will be over, but now, love life and be glad for it.

To learn more about Naomi Boone and her life go to the website: A Heart Traced In Sand, Reflections On A Daughter's Struggle For Life
Posted by Steve at Sunday, July 04, 2010
Email ThisBlogThis!Share to TwitterShare to FacebookShare to Pinterest
Labels: Baha'i, Hindu, life and death, Nabil, Naomi Boone, Struggle, The Dawn-Breakers

The photo of Naomi is beautiful; her eyes mezmerizing; her story heart-breaking beyond words.