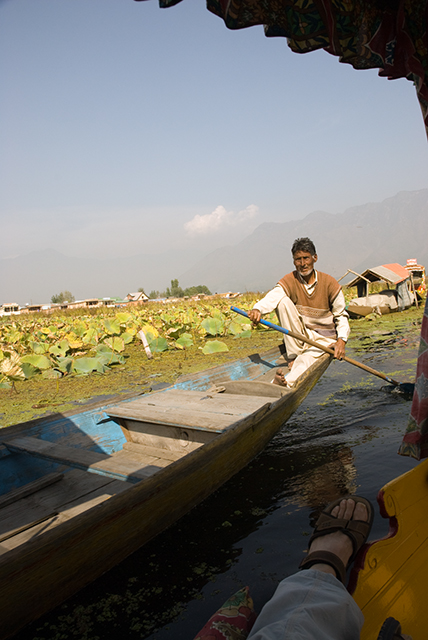 During my ‘round the world odyssey, I stumbled into Kashmir, India by chance, or rather, as I prefer to look at fate; THE DREAM took me there. Kashmir is located in the northwest region of the Indian subcontinent. It is in a valley at the foot of the Great Himalayas and its civilization hearkens back millennium. In succession, the official religions have been Hinduism, Buddhism, and eventually Islam.  Most often, people have coexisted peacefully. Various nations have prized it and in recent history, Pakistan, India, and the People’s Republic of China have all claimed administration rights. Most of the people in Kashmir would like to have their own country and be autonomous. Now, India is the primary ruler and have troops stationed as occupying “peacekeepers”. It is a tense peace, and lately trouble has been brewing with frequent protests and killings of civilians by soldiers. That said, it remains one of the most beautiful places on earth.

I had not been in India more than two days when a man I met in New Delhi took me into his office and said emphatically that New Delhi was not a nice place to be and I should go to Kashmir. “I can arrange your travel and you can live on a houseboat with your own servant on a beautiful lake at the foot of the Himalayan Mountains. It is quiet, the nature is beautiful and you can do many things, like trek and visit the towns.” Then he told me the price, which was quite cheap. I had only had time to see the Baha’i temple in New Delhi and now my new friend was adamant that I leave immediately. It felt like a whirlwind had settled upon me, but I sensed something extraordinary so let THE DREAM do the talking. That afternoon I was flying to the city Srinagar in Kashmir. When I arrived, the man’s brother, Ash, packed me into his car and drove me to Dal Lake, where we were then rowed to my houseboat and I was introduced to my servant, Monsoor.

From the first, Dal Lake enchanted me. It is pristine and sparsely populated. Water lilies drift casually on its surface, amid reflections of snow capped mountains. The longer I stayed, the more local people I met, and especially vendors who paddled up to my dock and showed me their wares. A fellow called Mr. Wonderful The Flowerman arrived regularly, selling huge bouquets of chrysanthemum’s, dahlia’s and other brightly colored flowers. 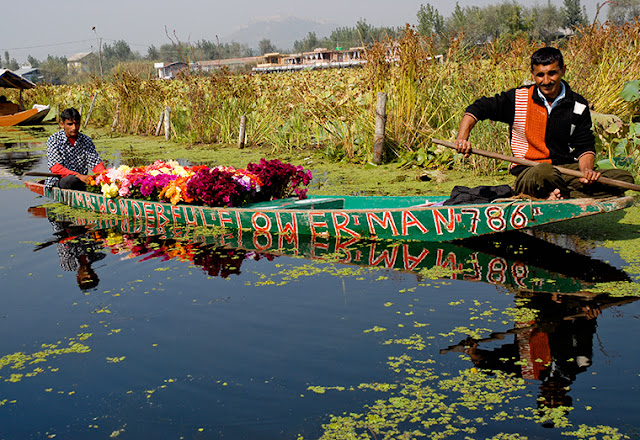 As I bought things, I was also invited to special occasions, and at a wedding became the de-facto photographer, even gaining privileged entrance into the bride’s quarter to photograph her amid her retinue. October-November is the wedding time in that area, so sometimes weddings occur twice or three times a day during those weekends.

I have so much to tell about my experiences at Dal Lake and hope to go back to see my friends, but must wait for the right time. Meanwhile, I have been doing business with a dear man named Gul who sends me handmade embroidered leather and suede purses, leather and sheepskin gloves and hats, and embroidered sheepskin coats and jackets. The business I give him helps entire families survive. In the next few days, I will post a special look at his goods, and more photos from Kashmir, so watch for it. 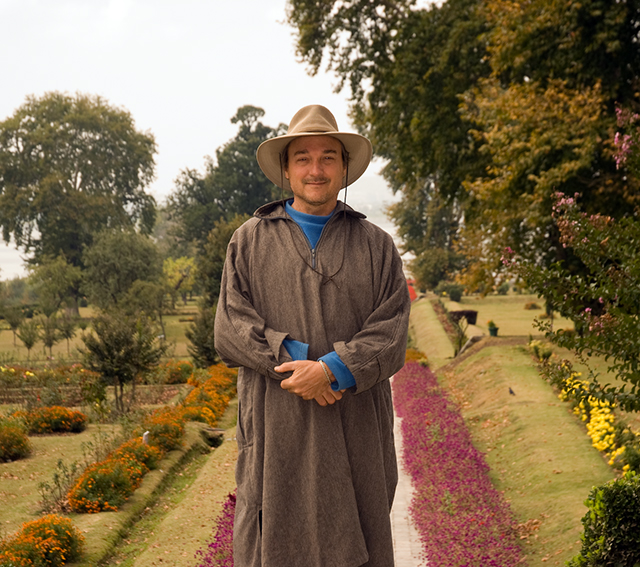