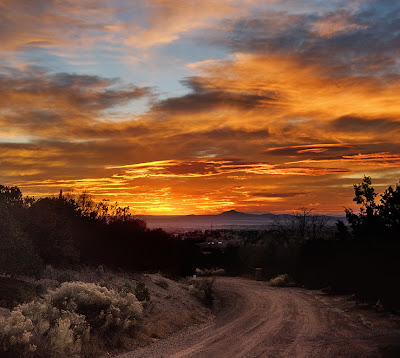 "The world is incomprehensible. We won't ever understand it; we won't ever unravel its secrets. Thus we must treat the world as it is: a sheer mystery." Carlos Castaneda (25 December 1925 – 27 April 1998)

I rejoice in mystery because it holds possibility and surprise. The best way to embrace mystery is simply to not expect knowing the future, but simply let it unfold and watch. I know this practice goes against the teachings of most people . . . and that is to plan, plan, plan—so as to not be surprised by future events but rather to control the outcome.

Before I set out to travel around the world in 2008, I began anticipating the adventure. I told people that I wanted to disappear into the matrix of the world. One morning I awoke from a dream with a sentence I had heard fresh in my mind, (See my earlier blog, Grand Confusion). A voice had spoken for me to hear, and said, “The vessel he entered was a grand confusion between his world and the world outside of him.” I knew that “vessel” symbolized my being contained in travel, and furthermore the sentence referred to mind, because of the term “confusion.” I liked the thought of a “grand confusion” where the boundaries between my inner and outer worlds dissolved. This is the way I traveled and found many incredible experiences with people and places across the globe.
Yesterday, Heidi of the Mountains came to visit me, and in the late afternoon, as the sun was going down and the air chilled, we took a walk. I am new to this neighborhood and find that I like being elevated on a hillside so that I can easily see sunsets. As we began our sojourn, I noticed the western atmosphere changing, and the familiar colors of sunset coming on, but then, I made the mistake of slipping outside of mystery. After observing the sky, I confirmed mentally that this would be an ordinary sunset and not to expect any great surprise. We walked further, and the sky became more dramatic. Soon, I was giving myself entirely over to the mystery unfolding, and as darkness encroached and daylight ebbed away, the sky performed miraculous displays of color and it was if a great, unseen hand was painting a masterpiece before my astonished eyes. Without knowing what to expect from one moment to the next I frequently stopped walking to click pictures of the fabulous sight.
Posted by Steve at Sunday, November 21, 2010
Email ThisBlogThis!Share to TwitterShare to FacebookShare to Pinterest

I never cease to be amazed by sunsets, like the one you photographed. But now, you've given me a new way to think of them: as "masterpieces painted in the sky by a great unseen hand."