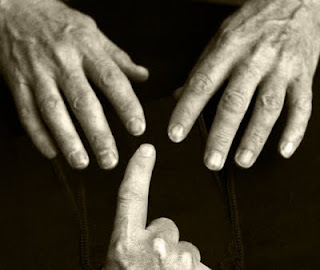 I have come to believe that I have a mystical relationship with the number eleven. By this I mean that it is not coincidental that this number appears often in my life as a symbol and a sign from the world of Spirit. I have not always thought this way. I first began to notice the frequency of eleven during my daughter Naomi’s illness. She was born on January 11, 1980. Later, my other daughter, Sarah, was born on November 11. While Naomi battled her cancer, I noticed a pattern of occurrences that involved pairs of one. Then, after she died, I noticed examples of eleven playing a key role in my life. For instance, if I parked in a public lot, I would be in spot number 29, or when I was assigned a hotel room it would be suite 353. My assigned seats on airplanes would be numbers equaling eleven. At art festivals, my assignment would be booth number equaling eleven, e.g. booth 65. When I received a new credit card, the expiration date would be 11/11 and the last four digits equal eleven. I began to realize this pattern, and smiled to myself during the occurrences and then thought, “this is Naomi, confirming her presence in my life, and sending a love note.”

I began thinking more deeply, and realized that my nine-digit social security number equals eleven. Two of my three credit cards have the last four digits equaling eleven. My daughter’s birthdays are elevens.  My gallery might call on the eleventh of the month to tell me a painting sold.

It is all too uncanny and I think is beyond coincidence.

Here are some other facts about eleven:
A human's eight fingers and two thumbs are used not just for work and play, but also counting. Eleven is the first number that cannot be counted additively on the fingers.
Eleven is the fifth prime number.
100 divided by 9 is 11.11111111111111......... with an infinite number of 11s.