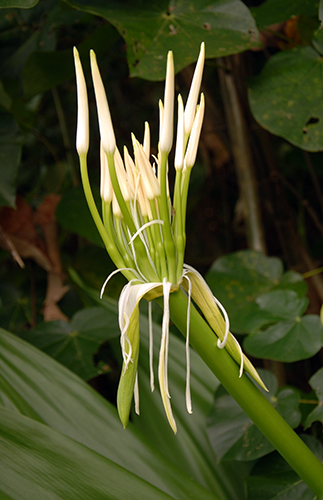 Why do I love to return to Kauai, Hawaii? After all, it is like standing on one of the highest mountains in the world in the middle of nowhere. The mountain begins underwater and rises 18,000 feet (5,486 meters) to sea level. Emptiness of the Pacific Ocean surrounds this tiny island in every direction for at least 2400 miles. The wettest spot on earth is here, on Mount Waiʻaleʻale, 5,148 feet (1,569 m), with an annual average rainfall of 460 inches (1,200 cm). Yet nearby, on the west coast of the island, it is quite dry.

A year after my oldest daughter Naomi died at the age of nineteen, I lived on Kauai for six weeks while I finished writing my book, A Heart Traced In Sand, about her life and struggle against cancer. I have done many paintings here, made friends with a surfer who paints, found favorite places to swim in the ocean and walk on beaches, learned where the best fish market is, and where the weekly farmer’s market happens. I have hiked the Waimea Canyon and along the Napali coastline. And now, I am getting married on Kauai, to Heidi Of The Mountains, on November 4. She has arrived to join me, and every day we take long walks on the beach at dawn and sunset. 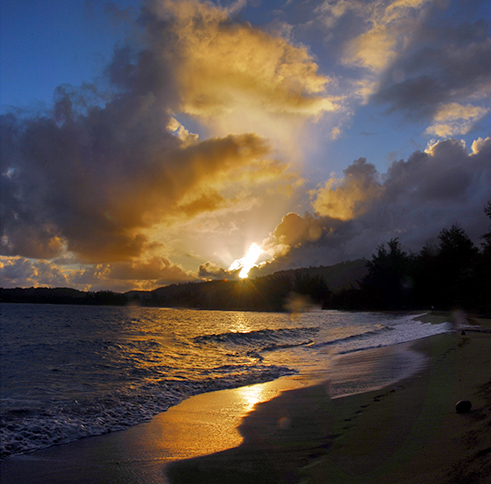 Hawaii is one of the last places on earth to be inhabited by humans and only in 1778 “modern” contact became established when it was discovered by Captain James Cook, (British, 1728-1779). Even now, there are only 63,000 citizens—less than the small city of Santa Fe, New Mexico where I am from. Nature is king, and on the North Shore, I have not seen a movie theater, disco, or McDonald’s.

Because of their isolation the Hawaiian Islands are biologically unique. Hawaii has no native land reptiles or amphibians and only two native mammals, the horay bat and monk seal. Over 4300 species of plants and animals exist only in the eight Hawaiian high islands. The 1000 native plants evolved from as few as 280 original plant colonists and 100 endemic bird species developed from as few as 15 original aviators.