When I was in my late teens I was surprised to find violent darkness within myself. I will always remember that the surprise came when I suddenly had a violent thought, and the thought was directed at someone I was intimately close with. This experience came at me like a thunderbolt from the underworld and it shook me to the core. Life was not the safe place I relied on, especially now that my peaceful inner world had been violated.

From that time on, I became guarded about the world, and worst, guarded against the vast mysterious places that existed inside myself and were the “invisible” realm of the universe. When I had unsettling thoughts typical for teenagers, I was shaken, and the divide against myself widened. Essentially, I could not accept psychological violence anywhere in the world or universe, and loathed it.

As I was so embroiled, I continued to be an avid reader, and read heavyweight books, especially classics like Tolstoy’s War and Peace, Dostoevsky’s Brothers Karamazov, The Idiot, and Crime and Punishment, and various books on psychology. I began reading a book in my mother’s vast arsenal of literature, called Our Inner Conflicts, by the esteemed German psychoanalyst, Karen Horney. This book had a profound impact on my thinking, and I realized that I must not set up ideal pictures of life to enforce, but rather accept all of it, including the darker, less ideal parts. I must discover myself, rather than idealize. To do otherwise would only lead to neuroticism.

I began practicing allowing all my thoughts and feelings to flow uninhibited through my being. Immediately, I sensed freedom and even joy, but also great fright because of the power of the demons that lurked within.

About this time, I had also become religious, having joined the Baha’i Faith. I reached a crucial turning point of continuing on a path of freedom, joy, and suffering, or turning to embrace only the light and reject the dark. I succumbed to my fear and went on a path of war—the war of light against dark. Essentially, I fell back into the war of opposites. This led to even deeper suffering.

Over the course of many years, my perceptions have shifted countless times. I perceive this physical existence as illusion and I am unafraid of death or the darkness it represents. Life is THE DREAM, and I am actively watching and participating, but know that I cannot be harmed by experience. 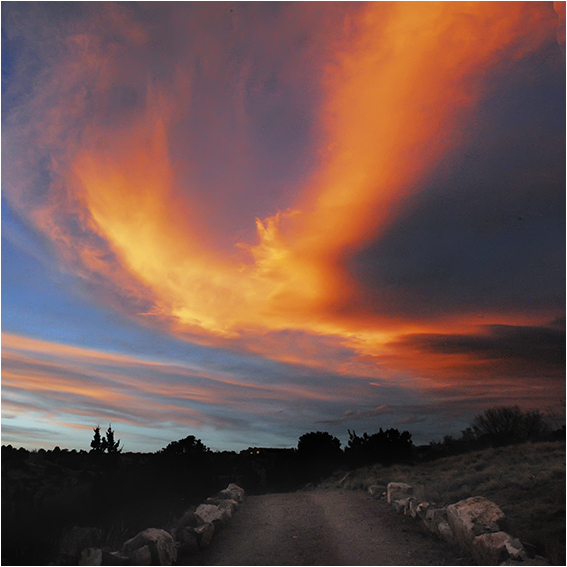