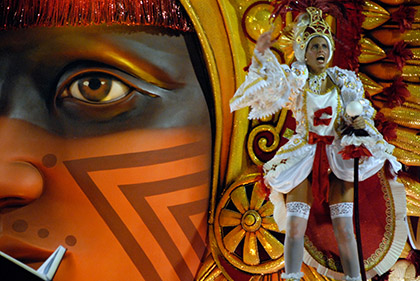 This time of year, in Rio de Janeiro, Brazil,  excitement builds in anticipation of the start of carnival. The annual event is huge, and world famous. Visitors from across the globe flock to witness parades in the sambadrome, the venue built especially for the samba parades. The samba groups prepare all year long for one night of show and an opportunity to be listed among the best. The events begin on a Thursday night with novice groups, culminating on Saturday and Sunday night with the best groups—winners from previous years. The samba schools that comprise the groups number in the thousands, so that in one evening, over fifty thousand costumed people, walking, singing, dancing or on fabulous decorated floats, will have paraded. 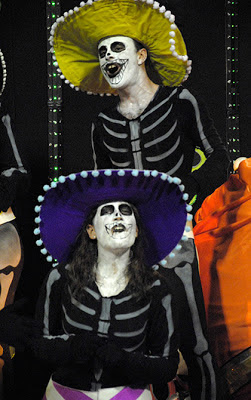 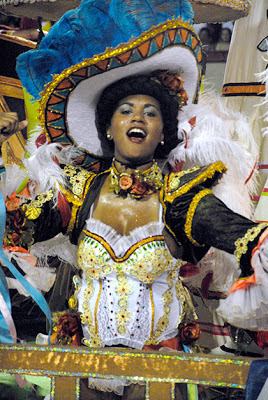 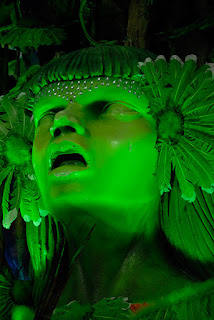 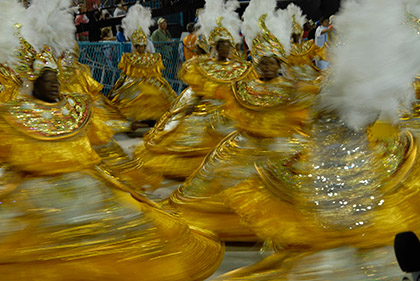 The Sunday night that I went, I took the subway from my hotel, and it was packed. When I arrived near the sambadrome, I walked with the stream of people through the street until I arrived at the gates and was directed to my section. I had paid a high sum to be seated close to the action. Inside, the crowd swelled until about 8:30 PM, when the first group began their long march down the avenue, under the floodlights, amidst blaring samba music. The march starts at one end of the sambadrome, and finishes about ¼ mile at the other end. I was near the end . . . a good vantage point. 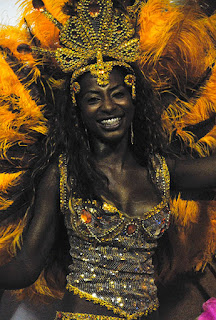 All night, the groups flowed past and orgasmic throbbing never stopped. The happiness level was at a high pitch. In fact, the groups are judged partly for the enthusiasm they display, as well as for creativity, skill and artistry. I took hundreds of pictures until dawn, when my camera battery died. The parades were not done, but after ten hours of witnessing the spectacle to end all spectacles, I had my fill.