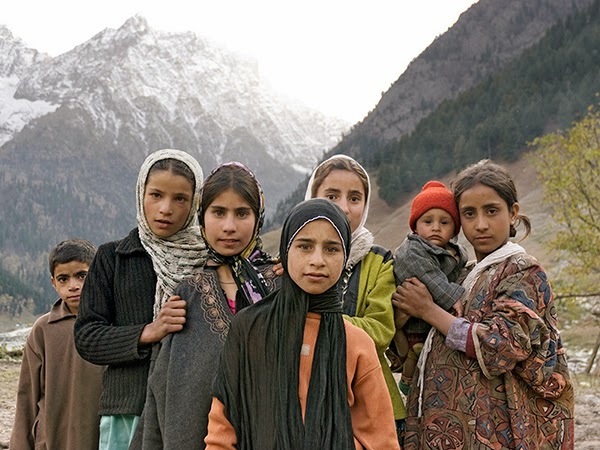 While preparing to show photographs at an exhibition, I have come across pictures I took in Kashmir. They are among the finest in my collection. Something marvelous must have been occurring that day while I visited the remote highlands of northern India near the Himalaya Mountains. I was in a village that held a loosely clustered group of maybe a dozen families. The autumn weather was getting colder each day, and from what I learned, the people were planning to leave and go to lower elevations before long.

I had set up an easel in a communal gathering place in the midst of wooden homes and started an oil painting. Folks came around to watch, while a wood fire blazed. Especially the children were entertained. Several times, I stopped to take pictures of them as they watched me. Although I was not using a tripod or posing my subjects, a remarkable clarity and beauty came through the lens and as the shutter clicked, all the elements were in my favor. The pictures came out superbly. 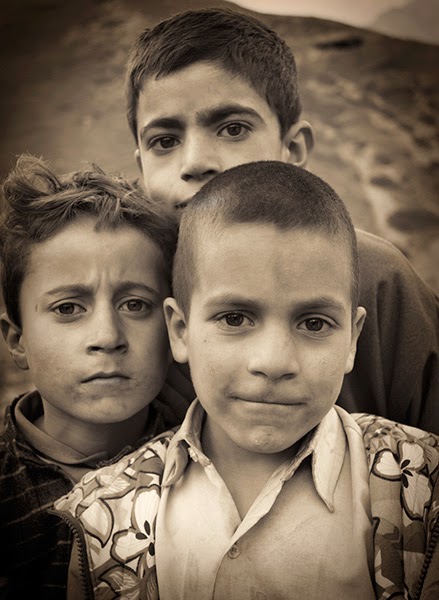 I never tire of looking at the faces. They are bright with natural goodness and show a rugged lifestyle close to the earth. The confused, glazed look of modern life is absent, and instead, candor and curiosity are apparent. 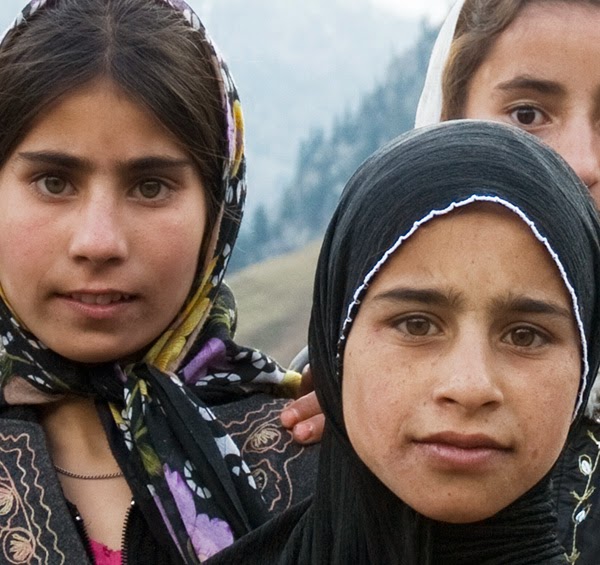 On closer inspection, I see that between the eyes, on the brow of some of the young people, a slight furrow exists. They seem intense in looking at me. What is this concentration that gives depth of expression to their face? It is a forthrightness that lets me know that I am being watched as much as I am watching. 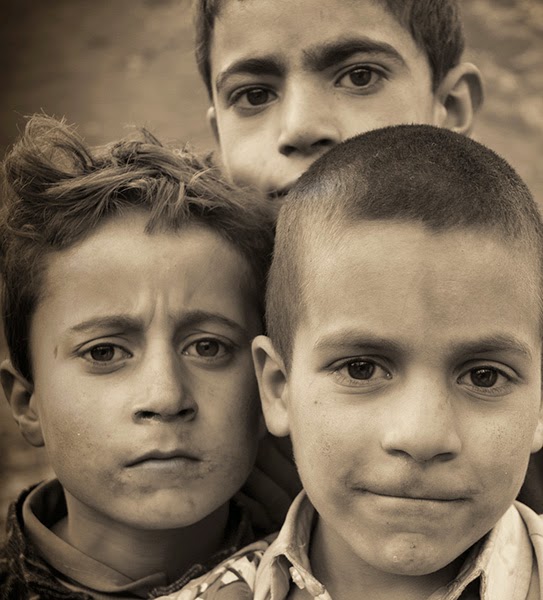