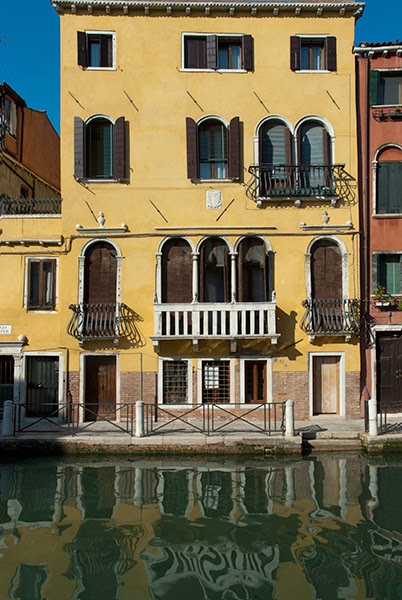 Imagine love between a man and a woman in the strongest terms. William Shakespeare (26 April 1564 – 23 April 1616), regarded as the greatest writer in the English language wrote of such love in his plays. The Merchant Of Venice, written between 1596 and 1598, includes a subplot where a beautiful young woman of noble heritage, Portia, is to be wed, but her wealthy father sets a test to determine who will win his prized daughter. A handsome noble Venetian, Bassanio, wishes her hand and makes considerable effort to arrive at her side.
“Her father left a will stipulating each of her suitors must choose correctly from one of three caskets – one each of gold, silver and lead. If he picks the right casket, he gets Portia. The first suitor, the Prince of Morocco, chooses the gold casket, interpreting its slogan, "Who chooseth me shall gain what many men desire," as referring to Portia. The second suitor, the conceited Prince of Arragon, chooses the silver casket, which proclaims, "Who chooseth me shall get as much as he deserves", as he believes he is full of merit. Both suitors leave empty-handed, having rejected the lead casket because of the baseness of its material and the uninviting nature of its slogan, "Who chooseth me must give and hazard all he hath." The last suitor is Bassanio, whom Portia wishes to succeed, having met him before. Bassanio chooses the lead casket and wins Portia's hand.” (From Wikipedia: http://en.wikipedia.org/wiki/The_Merchant_of_Venice}
When Bassiano wins her, Portia almost swoons with delight since he is her true love, and here are her words of devotion:

“You see me, Lord Bassanio, where I stand,
Such as I am. Though for myself alone
I would not be ambitious in my wish
To wish myself much better, yet for you
I would be trebled twenty times myself,
A thousand times more fair, ten thousand times more rich,
That only to stand high in your account
I might in virtues, beauties, livings, friends,
Exceed account. But the full sum of me
Is sum of something which, to term in gross,
Is an unlesson'd girl, unschool'd, unpractis'd;
Happy in this, she is not yet so old
But she may learn; happier than this,
She is not bred so dull but she can learn;
Happiest of all is that her gentle spirit
Commits itself to yours to be directed,
As from her lord, her governor, her king.
Myself and what is mine to you and yours
Is now converted. But now I was the lord
Of this fair mansion, master of my servants,
Queen o'er myself; and even now, but now,
This house, these servants, and this same myself,
Are yours- my lord's. I give them with this ring,
Which when you part from, lose, or give away,
Let it presage the ruin of your love,
And be my vantage to exclaim on you.
Then replies Bassiano:
Madam, you have bereft me of all words;
Only my blood speaks to you in my veins;
And there is such confusion in my powers
As, after some oration fairly spoke
By a beloved prince, there doth appear
Among the buzzing pleased multitude,
Where every something, being blent together,
Turns to a wild of nothing, save of joy
Express'd and not express'd. But when this ring
Parts from this finger, then parts life from hence;
O, then be bold to say Bassanio's dead!”

If one can delve into the early English language and get the import of these sweet words, Portia is opening her full heart to her love Bassiano, and telling him she feels unworthy, (though she is beautiful and with great riches), and that she gives to him her all, and if she could, would give herself a thousand times more. Though of higher rank than him, she bows and asserts that he is her lord, her governor, her king. That she is now happily converted to him. Then she gives him the ring that won her hand and exclaims that if he ever loses it that he must also lose his life.
Bassiano replies that she has left him speechless—so full of love and joy, and that if the ring were to ever leave his finger than may his life depart as well.
Such prose!
Posted by Steve at Sunday, March 15, 2015
Email ThisBlogThis!Share to TwitterShare to FacebookShare to Pinterest
Labels: beloved, English, Heart, Love, Prose, rhapsody, Shakespeare