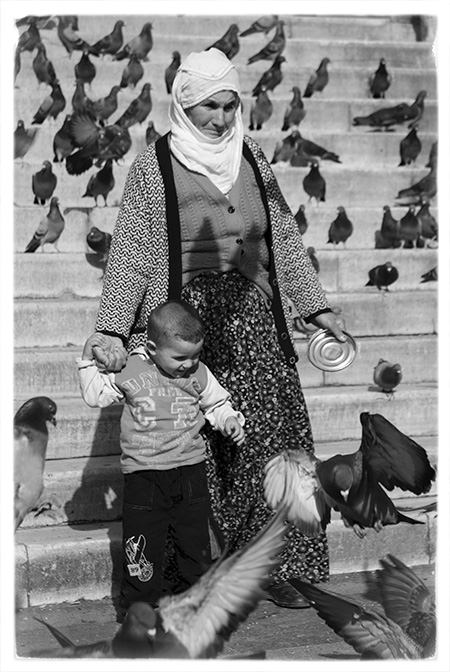 When I was but a toddler, my father would carry me in the early morning to the local bakery. We took a route through the back alleys behind our tenement building in Chicago. It was before my brothers and sister were born. He would hoist me atop his shoulders and I would hold on to his head. At the bakery he put me down and when the door opened, the light, warmth and sweet fragrance poured forth. On the way back one morning, a bird flew into the brick walls nearby. It is so far back in my memory . . . but I distinctly remember the fright of the beautiful winged creature. Was it blind? Or trapped?

Why did this brief experience have such an impression on me as to last all my life? Certainly, to see a bird fly against a wall or glass, as if blind, is a jarring sight.

Now, six decades later, I drive to work and park my van in a city garage, then take my bike out and ride to my gallery. There are four parking levels. Birds come in the garage, and sometimes they fly up the stairwell and think they have reached daylight at the top level, only to smash into a big panel of glass. Often, feathers are strewn about the concrete floor. Once I found a dead bird and took it home for burial. 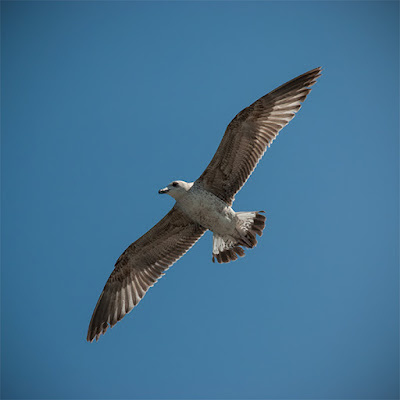 Birds represent freedom and are like unto spirit. In many ways they are angelic. So to see one fooled by glass and be trapped or hurt flying into a transparent barrier, reinforces the feeling that physical life is not what it seems—it also holds death. For my childhood eyes, the vision startled me, but also was an early awakening.
Posted by Steve at Saturday, August 26, 2017
Email ThisBlogThis!Share to TwitterShare to FacebookShare to Pinterest
Labels: Awakening, birds, blind, childhood, flight, fooled, freedom, glass, help, life and death, physical, vision