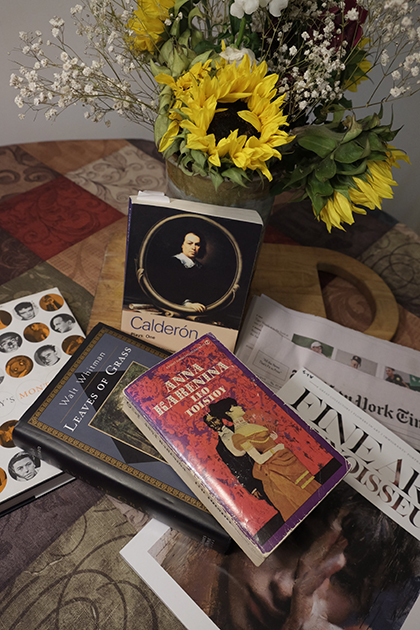 It is alarming that people don’t read books much anymore—especially young people. “A number of recent studies have demonstrated that fiction — particularly literary fiction — seems to boost the quality of empathy in the people who read it, their ability to see the world from another person's eyes. And good works of literature, particularly novels, can grant you direct access to another person's mind — whether it be the mind of the author, or of one of their imagined characters — in a way that few other works of art can.
So if we're reading less literature, it stands to reason that we may be becoming a less empathetic country as a result (research tends to bear this out). If changing reading habits are indeed making us less able to see things from other people's points of view, that could have drastic consequences across the board." See this great article from the Washington Post: The Long, Steady Decline of Literary Reading

I remember in first grade, learning how to read. We practiced making vowel and consonant sounds, and read from a primer about children; Dick and Jane and their dog Spot.

Later, when my grandmother, (my father’s mother) visited, I would sit on her lap in a big comfortable armchair and read aloud my favorite book, Treasure Island, by Robert Louis Stevenson. She lovingly and patiently helped me pronounce and understand words as I spoke them.

In high school I read avidly. My favorite class was called World Literature. We read masterworks, and I particularly recall Franz Kafka’s, The Metamorphosis. It is about one man’s dreary existence turning into madness. (One day, Gregor Samsa, a traveling salesman, wakes up to find himself transformed into a giant insect . . . )

Before finishing secondary school I had read many novels, including great Russian masterpieces War and Peace, and Anna Karenina by Leo Tolstoy, The Brothers Karamazov, by Fyodor Dostoevsky, as well as the American collection of poems Leaves of Grass by Walt Whitman and more.

In adult life I have particularly enjoyed biographies, holy books, and treatise on psychology.

Shakespeare’s plays have had a profound effect on me.

I hope the libraries across our land stay vital in the face of video gaming and social media . . .
There is something special about going at one’s own pace with good literature in hand.
Posted by Steve at Sunday, June 03, 2018
Email ThisBlogThis!Share to TwitterShare to FacebookShare to Pinterest
Labels: biographies, books, fiction, holy books, learning, Literature, novels, profound, reading, treatise on psychology