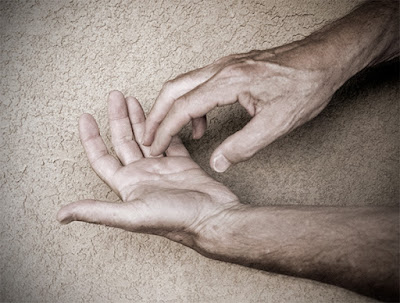 Can we perceive future events—without proof, conscious reasoning or evidence? This is intuition. Prophecy and clairvoyance are related terms.

I have experienced this. When I was a college student, I had an unmistakable vision of calamity before it happened. A friend, Raymond, suggested we drive with a few others from New Mexico to Los Angeles, California during a school break. He looked at me, offering to drive us in his car, and I had a very clear perception of the accident about to happen. But because I had no tangible proof of threat, and I was young and willing, I ignored my inner vision. A few days later, four of us set out. As we entered Arizona and were driving on a two lane highway in the old car, Raymond decided to pass a semi-tractor trailer. He got about half way past the rig when he spotted a car coming toward us. He first sped up but realized he did not have enough speed. I had been dozing in the back seat and woke just as the oncoming car was about to crash into us. “Raymond!” I shouted. He panicked and hit the brakes just as the head-on collision occurred. The two old people in the other car were shaken and bloodied. We were bruised and slightly traumatized. The accident occurred as I had sensed it would.

I had a momentous dream six years before my daughter Naomi was diagnosed with cancer. It foretold in symbols the death of a child very close to me. I was so disturbed by this grand, magnificent and powerful dream that I went to an esteemed psychologist to discuss it. I made a big painting depicting its symbols. Then I forgot it—until Naomi was suddenly diagnosed. Then the dream came back vividly. She died after a heroic two year struggle.

There are many examples in religious history of future times being seen by prophets. They foretell events that unfold thousands of years later.

On a lighter side, I have come to trust that when my left palm itches, money is coming to me soon. A little itch means a small sale and a bigger, more vigorous scratching means a bigger exchange. The phenomenon has to arrive unexpectedly, but when it does it is very accurate. I can count on a sale of my art when, from out of the blue, my palm itches and I scratch it.

I am not the only one:

“Call it the $64 million itch! Brooklyn grandma Mary Shammas was on the bus when her left palm started itching. Remembering the old superstition that an itchy left palm means money is on the way, Shammas, 73, jumped off the bus and bought a lottery ticket.
On Tuesday night, she hit a $64 million jackpot.” (Read the full article here: Jackpot)

The itch occurred yesterday morning and when I went to my gallery at the end of the day, I came in just as a sale was happening.
I like it.
Posted by Steve at Sunday, June 24, 2018
Email ThisBlogThis!Share to TwitterShare to FacebookShare to Pinterest
Labels: Clairvoyance, future, Insight, intuition, prophecy, prophet, scratch