The nineteenth anniversary of the death of my nineteen year old daughter Naomi is nearing—July 5, 2018.

After she died I thought of the meaning of the number nineteen. It is made of the numerals 1 and 9; the beginning and end of all single digits. It includes all the rest of the numbers, so symbolizes unity. Adding one and nine makes ten: 1 + 0 equals one. Oneness. 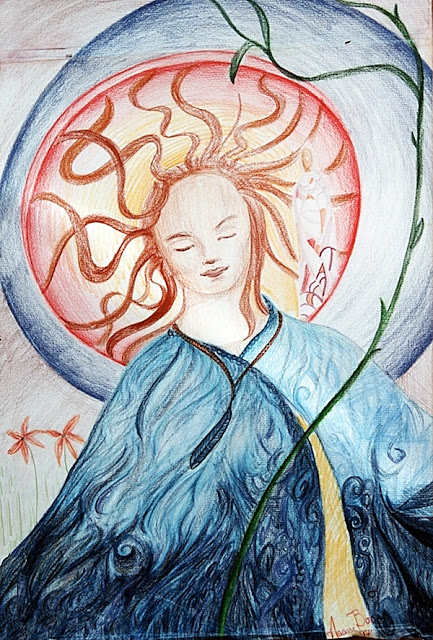 It was not an accident that Naomi completed her life at nineteen. I often thought she was burning through lifetimes rapidly. Like a shooting star, she shone brilliantly through intense experiences, shedding brilliant light in a short burst before suddenly disappearing. Naomi burned the dross of existence through intense suffering and redemption. She said, “Hardship is something that will make us stronger. I don't know if I have complete evidence of this, but I think that in every situation there is good in it.”

The day we went to a doctor and he gave us the terrible news that she had Ewings Sarcoma, a virulent cancer, I realized this world is shifting sands and not permanent, yet I wanted with all my being to know we could trust her life would continue here on earth. It seemed impossible to think otherwise.
Knowing she had cancer that most certainly would destroy her, the first thing Naomi did on arriving home from the medical clinic was to make a beautiful drawing using colored pencils. A serenely peaceful figure garbed in a beautifully embellished blue gown seems to be listening in meditation. A halo is around her head and her hair streams in rivulets like sun rays in all directions within the orb. A SPIRIT being stands upon a butterfly wing at her shoulder within the halo, seeming to talk to her. A necklace around her neck holds a feather. Behind, two seedlings are growing and blossoming. From below, a tender green shoot with leaves and tendrils grows up and out of the top of the picture. No sign of fear in this artwork, only peace, light and signs of Divine guidance.

And this is what Naomi became before kissing life goodbye and embarking on her journey in the next world. 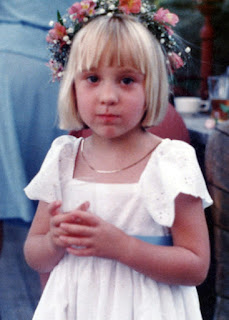 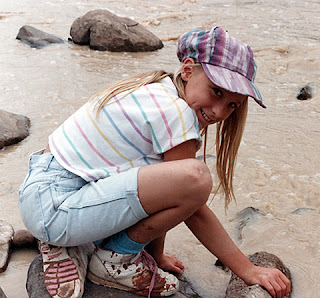 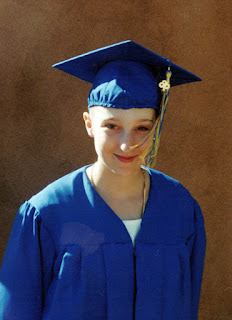 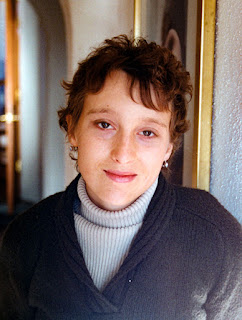 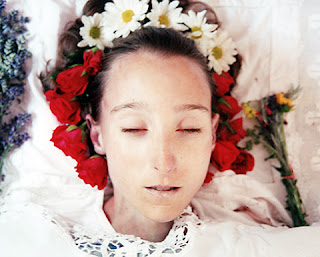 My award-winning book: A Heart Traced in Sand, Reflections on a Daughter's Struggle For Life