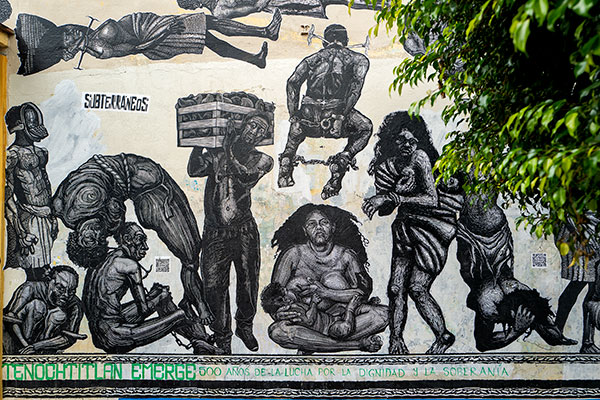 Certainly, some people don’t like it. It is commonly regarded as vandalism. But that is not true of all the “street” art found in Oaxaca. As an artist, I enjoy graffiti that is well done. Downtown walls in Oaxaca although often brightly painted are humble and plain, except for simple embellishments. All the graffiti gives flavor to the milieu. Oaxaca is one of the world’s printmaking and graphics centers—so it is bound to go out in the streets—especially with revolutionary fervor. Artists in Mexico are traditionally known to be in the vanguard of revolution.
I always carry my Leica camera with me when walking downtown looking for the unusual. It might be a beggar, a child, something thrown in the gutter or a building facade, etc.
Amy, being an artist, likes the wall art as well. Often she will stop in front of a woodblock print, pasted up on a wall and say, Wow! Other times a hand painted cartoon might grab us, such as La Calavera Catrina, lady death made up fancifully. 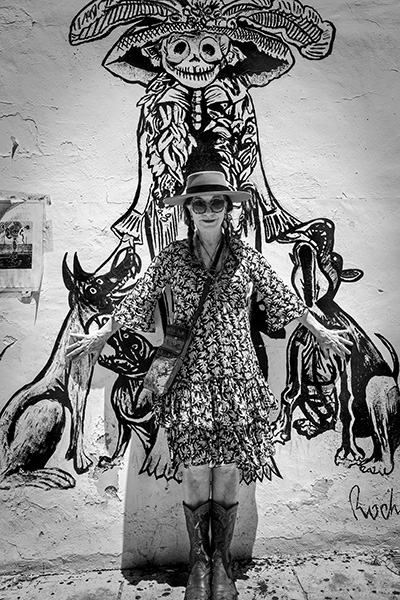 Yesterday, while we were downtown we walked by a wall with incredible images pasted upon it. An entrance to a restaurant is there, so permission must have been granted. The images were of black slaves in bondage. The pictures were an attempt to remind people that slavery existed in Mexico’s past. The Spaniards brought slaves to work on sugar plantations. I know about slavery in the USA but it is a surprise to learn of it in Mexico too. 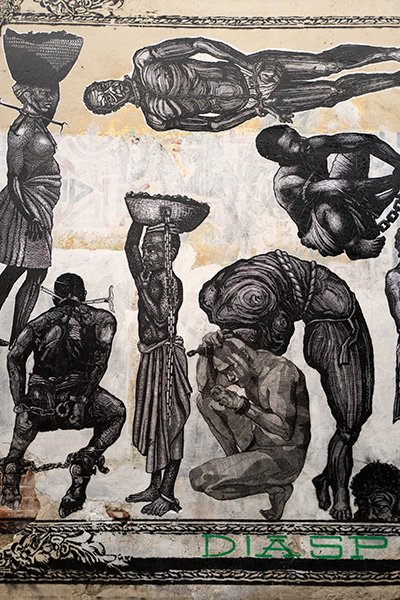 Much of the graffiti is making a statement of some kind. So it is meant to provoke. Perhaps tourists and some locals object to this, but when it is done well, I stop and take notice. 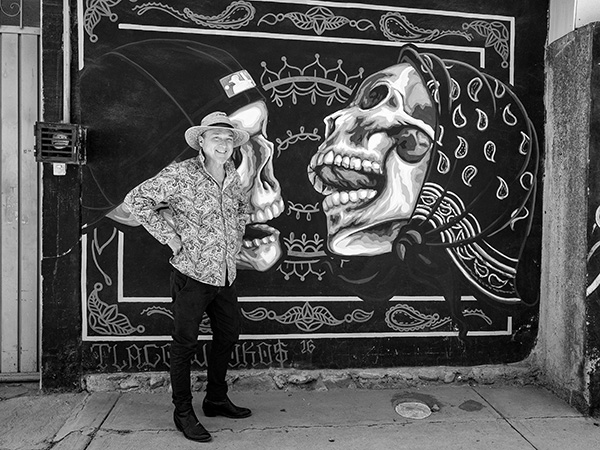