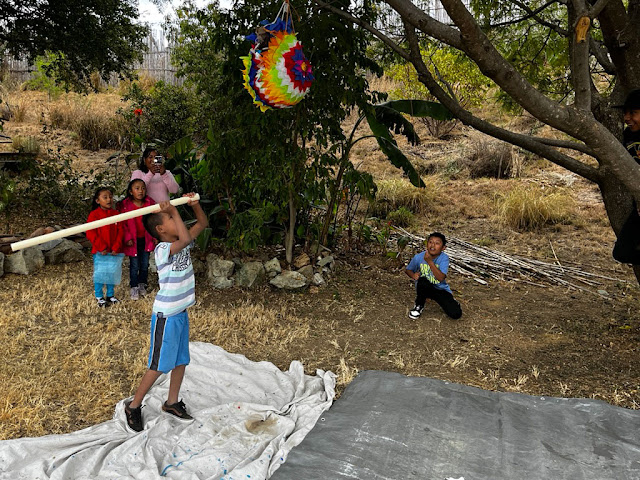 Amy packed the piñata until it was almost bursting. I found a tree in our backyard with open space underneath, then hung the piñata from a limb. A piñata is a container, often made of papier-mâché, pottery, or cloth, that is decorated, filled with candy, and then broken as part of a celebration. Ours was decorated to resemble a pineapple. A rope attached gave enough length to pull the container and make it jump at the end of the line. 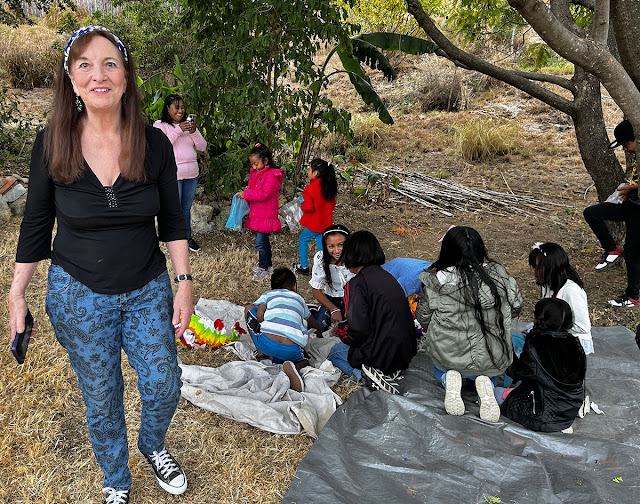 The vecino kids began arriving at 3 PM. We had a group of ages ranging from 3 to 13, with one mother. I offered the duty of yanking the rope to one of the strong boys. The littlest child, a wide-eyed girl went first, taking the bat and hitting the Piñata with a tiny tap. I laughed and she became very shy and walked away. The kids took turns, youngest first, while Eber yanked the rope.

Too soon, after about 12 strikes the piñata burst. A mad melee immediately ensued, with kids diving for treats. Big kids grabbed the most, but we made sure everyone went away with plenty in the bags we gave them.