Fireworks for the Virgen 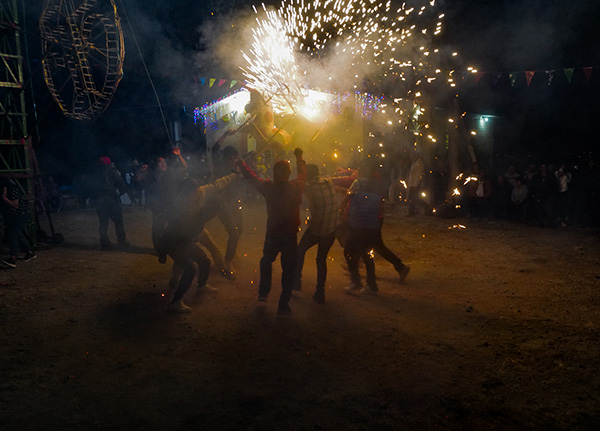 We are almost getting accustomed to explosions in the air. At all times of day or night. Rockets that whistle up into the sky and then explode into a puff of smoke, causing deafening shock waves, bursting through silence, like a rock thrown into a pond sending ripples outward.

Mexico sees more than 5000 traditional festivals and events celebrated each year. And then there are birthdays, weddings, and such.

If transplanted foreigners complain, they are often rebuffed for attempting to interfere with cultural tradition. 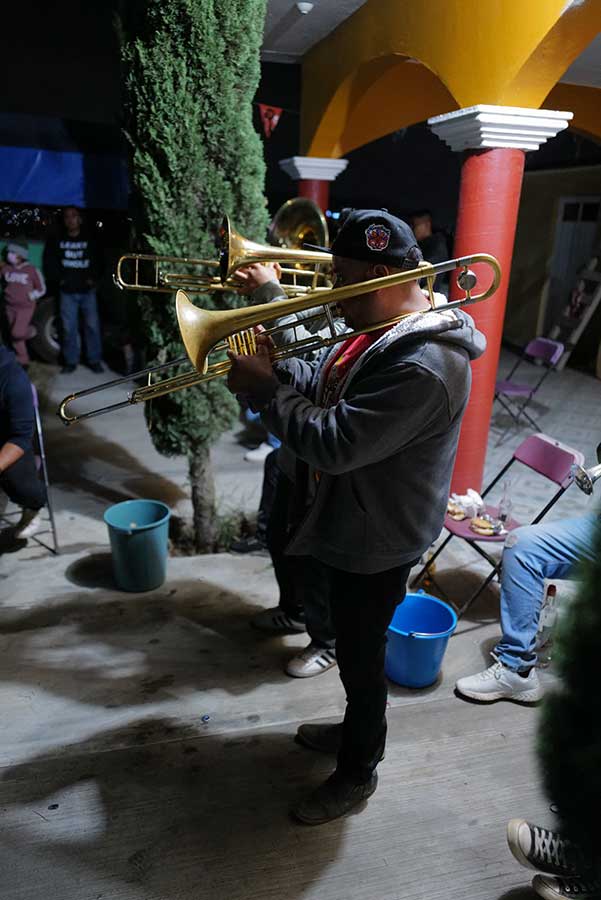 Last night Amy and I went with our neighbors to an event in our pueblo barrio. Three days in remembrance of the " Virgen Patrona” of our village, La Soledad. We arrived around 8 PM to a compound with a small capilla, or church. Food was being served and an enormous construction rose from the center of the grounds. 100 feet in the air, it had multiple arms attached with wheels that were able to spin. 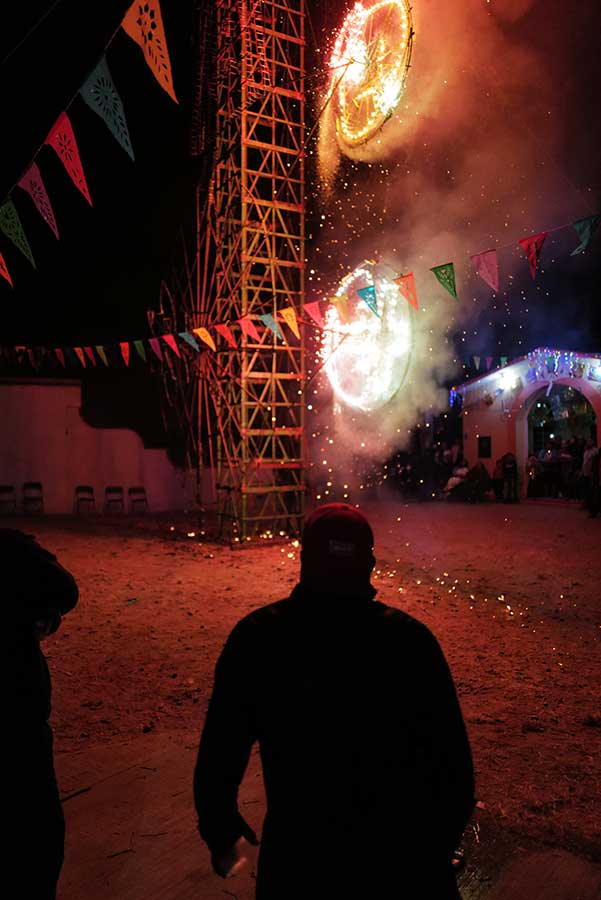 We stayed close to our friends, and mingled a bit. A brass and percussion band played off and on. Not many people had arrived. After an hour, Amy decided to go back home when our friends daughter decided to leave . Amy has been trying to recover from an injury to her ankles and leg. I stayed on, determined to witness the spectacle about to unfold and take photographs. It took awhile, but around 10 PM, music became more strident and young men began coming into the arena with papier-mache bulls, "toritos", loaded with fireworks. It became a game of tug of war to see who could arrest control of the bull. All the while it was exploding. At one point my neighbor came to pull me back and tell me it was dangerous. 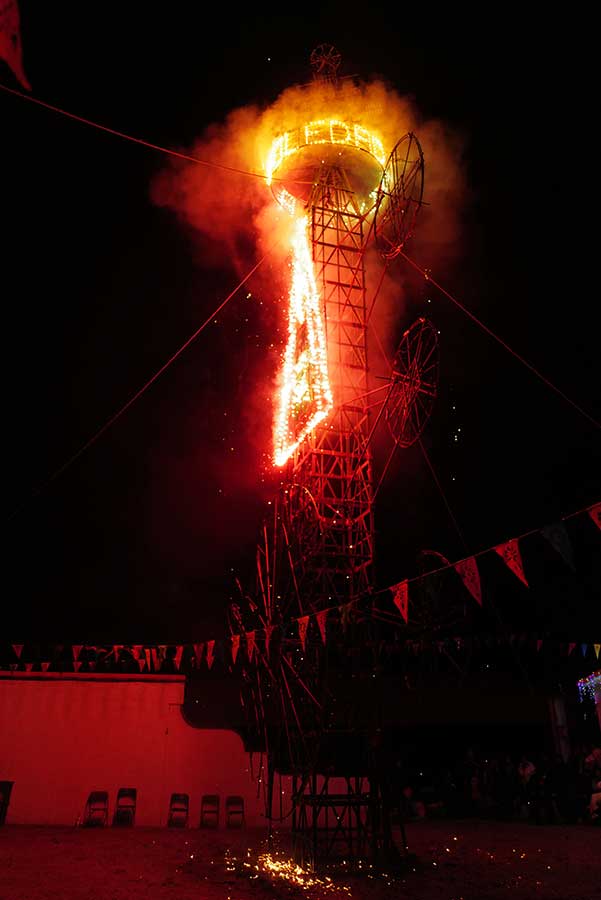 Eventually, the arena was crowded and someone climbed up the scaffolding to light the big structure and set the explosions off. It cackled, whirled, sparked and spun. Everyone was dazzled.
Posted by Steve at Sunday, December 18, 2022
Email ThisBlogThis!Share to TwitterShare to FacebookShare to Pinterest
Labels: capilla, explosion, fireworks, La Soledad, Love, Mexico, neighbor, traditions, Virgen