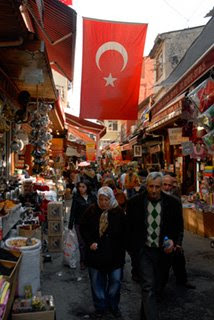 Early in life, I always pictured places in my mind’s eye by the images I gathered from books; especially art history books. New York I associated with the Empire state building, Paris, with the Eiffel tower, and London with the Monarchy, and Westminster Abby. Later, in Art College, I added other associations, such as Barcelona and the eccentric, grand architecture of Antonio Gaudi, and Istanbul with the Hagia Sophia. 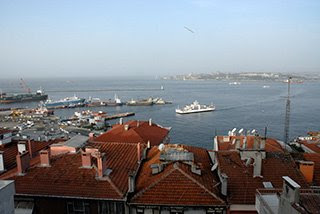 THE DREAM has given me a flat in Istanbul that looks across the busy Marmara Sea waterway to a distant hill, where the domes and spires of the Hagia Sophia stand as they have for 1000 years. Istanbul is one of the world’s largest cities, about the same in population as all of Greece, and sits between the Black Sea and the Marmara Sea. It has been the seat of empires and was once called Constantinople, where the Roman Emperor Constantine established the capital of the Holy Roman Empire. It has served as the capital city of the Roman Empire (330-395), the Byzantine Empire (395-1204 and 1261-1453), the Latin Empire (1204-1261), and the Ottoman Empire (1453-1922). It is the only city in the world to straddle two continents: Asia and Europe.
I find the people more taciturn than in Egypt, and for the most part, more upwardly mobile. Nonetheless, I’ve made friends in only a week. Bahri, a father of two young daughters took me along to visit a nearby Turkish bath house. We arrived in the morning, and once inside were greeted in a small courtyard. We took off our shoes and put on sandals, then went upstairs into tiny private rooms to undress. Wrapped in a towel, we went down to a large room with a flat marble slab in the middle and domed ceiling. Portholes letting streams of light inside punctuated the dome. Several men were already lounging when we went into a dry sauna, where we worked into a sweat. Bahri had only come for the sweat and bath, but I got the full treatment. A husky man took me aside and had me sit next to basin of running water where he proceeded to rinse me. Putting on a mit with mildly abrasive palm, he rubbed vigorously over my entire body. After a few minutes, rolls of dead skin were gathering. Evidently, he was quite satisfied with his efforts, since he made sure I saw the amazing amount of skin that was coming off. He rinsed me again, brusquely massaging as he went, with a surprising smack in the middle of my back that could be heard out in the street. Under the dome, I lay on the slab, and was thoroughly soaped from head to foot, getting massaged at the same time. A rinse, and one more soaping next to a basin, then rinse with another whack on the back before I was wrapped from head to knee in towels and headed to my little cubicle to lie down and rest on the bed. Later, meeting Bahri, and striding into the clear light and beautiful spring weather, I felt like a new man . . . with an authentic Turkish experience. 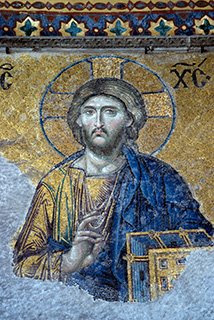 Steven Boone Very happy you are safe and doing well. The blog is exellent and I will cont to monitor it weekly. Cousin David Dallas