What I Want And More 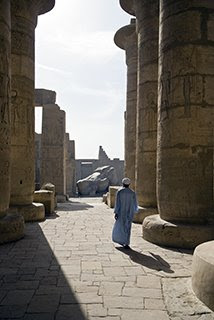 THE DREAM is giving me what I want and more. Here in Luxor, along the Nile River, where the Egyptians built vast temples and tombs 7000 years ago, I find myself amidst a family in their mud home in a little village, playing with four children, and lounging on a straw mat over the earth floor with my friend Abu. We drink tea his wife has brought and he smokes his water pipe. It is the end of the day, and the family cow is brought in from the pasture and goes right through the house into the back, next to the donkey, amidst ducks and hens. Pigeons that are raised for food flutter about, pecking crumbs from the dirt floor at our feet. There are flies from the animals, no shower or bathtub, a single toilet sunk in the earth, and a single fire pit for cooking all the food. The children, two boys and two girls, all sleep in one bed, sometimes amid hordes of flies. The woman dressed in a long robe with a scarf over her hair, keeps with the children, except to bring us a delicious meal of steaming food. I feel entirely relaxed and safe, lost in the matrix of the earth. 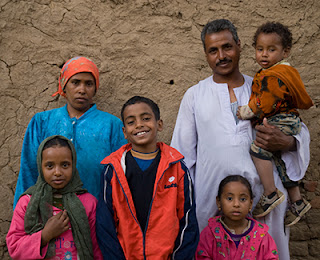 Abu is the captain of a felucca, a type of sailboat common on the Nile, at present, mostly used to take tourists for rides. We became friends while he was working on finishing a new coat of paint on his boat and I offered to paint the name of his youngest daughter, Amira, in English on both sides of the bow and on the cabin. In Arabic, Amira means princess. Through Abu, I have met his two closest friends; both named Ahmad, and joined for the time being their tight circle. One drives a taxi and the other hires his felucca to take tourists sailing. They are poor, barely scraping by, but as Ahmad said, “we are so close that we keep nothing from each other.”
Here is a funny thing that happened to Ahmad the sailor: Two Japanese were aboard and spoke poor English. They tried to explain their ages, thirty and thirty two, but instead one of them said, “I am dirty, and my friend is dirty too!” Ahmad replied that if they wanted to clean off in the river it would be okay. 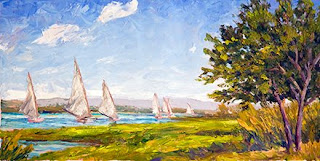