Dust and Dirt, Silk and Marble 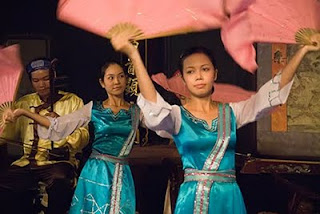 I have returned from Hoi An to Saigon, (Ho Chi Minh City), and been here five days now. It is not as hot; there are breezes and occasional rain pours. My hotel is near a city landmark called Ben Thanh market, a huge, bustling indoor market crammed full of merchandise stalls. Each day, I wander out in the streets observing and photographing. I cannot walk one block without repeatedly being accosted by people pleading for my business or charity. A young man came up to me whose face had been mutilated. He was missing his chin, most of his nose, he could not close his mouth and his teeth were bared, both eyes were twisted by scarring, and burns mottled most of his flesh. I gave him some money, and had him stand for a picture. Immediately, an elderly matron of the nearby jewelry shop stormed over and scolded him for standing near her shop. She figured he frightened away clients. Then there is the young beggar woman who sits in the same spot each day selling packets of chewing gum. She cannot walk because of birth defects in her twisted legs, and hobbles around on her hands, lifting and dragging her legs. Yesterday, a little girl in ragged clothes touched my arm, looked up to me and motioned to her mouth that she was hungry. She walked an entire block tugging at me and motioning she was hungry and please give her some money. When I help, I realize that my offering is so infinitesimally small that it amounts to only a symbol of caring, because suffering is everywhere in the world and will always exist. When I am in the streets, I do not put up barriers, but mingle freely in the elements—the dust and dirt no less than with the silk and marble. What matters is the message that THE DREAM brings with it, and staying positive with the flow. 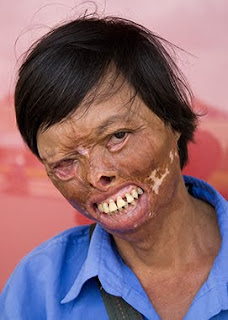 As for my idea of living in Vietnam, I now realize I would not be content. Utility is valued far above aesthetics, poverty is grinding, infrastructure is lacking and the language would be nearly impossible to master. I can deal with living simply, but need access to an abundance of art and philosophy. 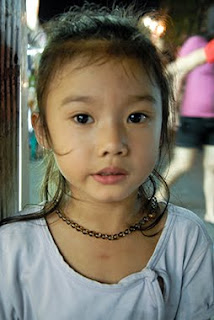 What about the Kingdom of Bhutan?
It seems a very cool place.