One Soul In Two Bodies 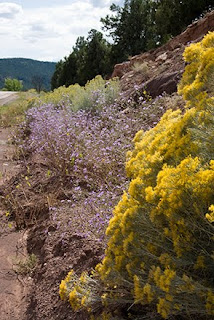 “Oh God, break me into nothing so that I might be born again.” I silently spoke these words to the Creator, realizing that the hard places in me were like dead regions that could not be cultivated and needed something very powerful to break them so as to begin anew. Within two years I was in a doctor’s office with my daughter Naomi. When the physician entered the room where we waited and with a grim face announced she had cancer, and a huge tumor in her hip, my world collapsed and I was shaken to the core. All the hard places in me broke.
Naomi died ten years ago. She was an empath. We had always been so close as to be almost one soul in two bodies. Sometimes I have questioned, did she "hear" my prayer to be broken into nothing, and then offer her self as sacrifice to God to accomplish this impossible task? Also, an empath physically feels what others experience, and Naomi acutely felt her mother's mental illness. Or maybe, because I am also an empath, I anticipated future events, because I intuitively knew something was going wrong with my daughter. In fact, just before Naomi was diagnosed with her illness, I was not sleeping well. Vague feelings of calamity were plaguing me as I went to bed, and I felt them very close, but could not understand why.
When Naomi passed away, I had already died a thousand times over and was completely broken apart. The same day she died, as her body lay at rest in her bedroom, I felt her spirit arrive while I was resting in my room, and with an overarching and powerful grace, give me a message to love life unconditionally—and this was my new beginning.
Since then, I have barely ever been sick, and wonder if she took so much pain at the end of her short life that it was for the both of us, and that she swept illness from me for years to come.
For more about Naomi, death and dying, spirituality, go to: http://heartsand.com
Posted by Steve at Sunday, September 27, 2009
Email ThisBlogThis!Share to TwitterShare to FacebookShare to Pinterest
Labels: death and dying, Empath, empathy, health. sacrifice, illness, Psychology, spirituality