A Chain Of Events 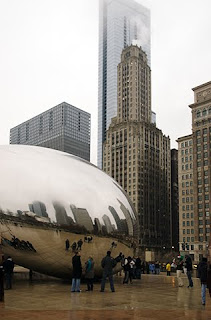 My mother has begun entreating me not to travel in South America because of “murders”. But then, my mother has barely ventured past her backyard for twenty years and experiences the outside world vicariously through reading volumes of books. Some of my friends too, when they hear of my plans to wander around in South America, express concern for my safety. One person cited a recent article about murders in Sao Paolo and Rio De Janeiro, Brazil. 11,000 in six years, and these were by the police. Rio is my first stop in South America, when I arrive to experience carnival.
THE DREAM is what matters to me, and I only want to experience all that comes to me. I trust the future will arrive bearing gifts, and so what if some gifts are unpleasant? If I desire to be safe and secure all my days, then I would not take risks that might lead me away from my comfort zone. But I need to be united with the matrix of existence and this leads me to live without barriers and go into mystery, or the opposite of safe, because it is where life abounds, but also death.
One of my best experiences in Africa was in Nairobi. One night I went to a dance hall in a poor neighborhood. I must have been the only white person for miles, and this was immediately after some civil unrest had seen rioting in the city that left scores homeless. Entering the darkened passageway to the club, I felt a tinge of fear, remembering that my mother had pleaded with me not to go to Africa because “They will kill you there, just to steal your shoes!” When my friends and I were inside and I got used to the dark, I realized that the way people looked at me, that maybe I was the first and last white person they ever expected to see in this place. Here, THE DREAM was unfolding and I found it perfect. I was in deepest, darkest Africa and that evening, I loved the night. A live band played steady African rhythms and I joined in the dancing, bonding among strangers. I liked what they liked, and had fun despite some stares.

Last night, I returned from a three-day visit to Chicago, where my lovely daughter Sarah performed in her last dance works at Columbia College. Now she is a graduate, and I am proud of her accomplishments. While I drove home from the airport late in the evening, I had to smile thinking of how remarkable travel is, and that it is a chain of events. Then I said a prayer of blessing to all those that assisted me along the way. Often we take for granted the little touches we receive. I thought back to the porter that opened the door for me at the hotel as I stepped into the cold air to walk to the subway. At the subway turnstile, I had to ask to get a ticket and was given directions by a young woman who then smiled and said, “Have a happy holiday!” Then the ride to the airport, and as I stepped off the train, the woman train driver leaned out her window as I passed by. I said “Thank you,” and she smiled, and said, “Your welcome!” In the corridor, a man played Christmas tunes on his saxophone. At the terminal, everyone was helpful going to the gates. We had to take off so many things at the metal detectors that I joked with the young woman behind me that soon we would be nude. She laughed as she took off her shoes and I finished taking off my belt, and said yes, the guards like their jobs. But we were being protected to insure our arrival. In the air, the stewards were polite and jovial. At one point, a steward announced “whoever had opened her nail polish on the plane, please put it away immediately because it could make other passengers sick.” I sat next to a young woman arriving home from a college exchange program in France. We traded travel stories. The pilot announced it was a stewards 35th birthday. Everyone applauded and cheered. On the shuttle bus from the terminal to the parking area, a young man was wearing shorts, although it was almost freezing outdoors. We joked and he said he was coming from Phoenix. Several of the passengers joked and laughed. I said I was arriving from Chicago, where several days earlier, people were wearing two coats when they went outdoors. As I retrieved my car from the airport parking lot at 10 PM, the attendant took my cash and said, “Drive safely, and have happy holidays!” I pulled on to the highway, turned on my radio and listened to a wonderful program about the Beatles and their music. Someone had put great care into the production for the free enjoyment of others like myself. At that point, I gave thanks and prayed for the blessing of all those who had touched my life and who I touched. 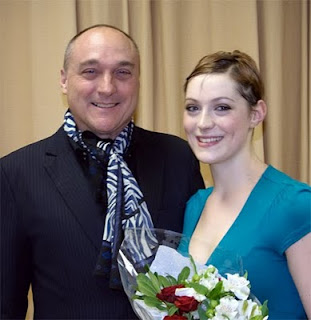