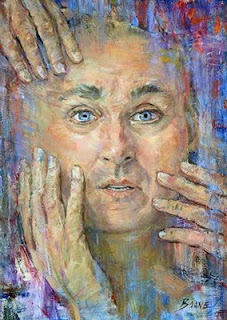 Soon I will be homeless again. Don’t worry; it is by choice that I am putting my things away in my studio and giving up my home and car to be a wanderer. This is my calling, to experience the earth without barriers. I plan to leave Santa Fe around January 7, and first go to Santa Barbara, California. My parents are finding life more difficult because of their age, and I want to live near them for a month. My brother also lives there and has been doing most of the managing for their concerns. I will offer my devoted time to help and support them in whatever transitions they are in.
Mid February I will go to South America. When I traveled around the world in 2008, I lived in nineteen countries but missed South America. To accomplish my goal of taking pictures of people from across our planet, I need to visit this important continent.
Before I left the USA in 2008, I thought about starting in Rio de Janeiro, during carnival. Rio has intrigued me, but also intimidated and frightened me. It is known as a brash, seething, violent, and sensual city. I am aware of those same qualities in myself and I have been reluctant finding out how strong they might be. So in 2008, I started my traveling in Belize.
This time, I am starting in Rio de Janeiro, during carnival when the city hosts the “biggest party on earth.” (See a video) I must experience this revelry and take a thousand pictures. Yes, there will be carnal self-expression that goes beyond modest tastes, but certainly a passionate fervor will also be present. Samba parades will proceed day and night, and for some participants it is the culmination of an entire year of preparation. I am not going to be merely an outsider, but throw myself in the pulse and feel the beat. It is the only way, for then I have stories to tell and pictures to show. If I were to moralize and hold myself to a higher calling, perhaps I would not go. But in the streets is fantastic beauty and surprise. It is life laid bare, my brotherhood, and I crave this. I do not try and tell people to live differently, but I love all and connect, and in this, good happens. (Here is another fun carnival video from 1955)
Certainly, my character is challenged while living free. For instance when I was in Istanbul, I became acquainted with a Muslim who befriended me and gave me a small Koran. He worked in a rug shop and spoke English. I prayed with him in a mosque and met his wife and little boy. We went to dinner together, and in the evening drove around in his car. I became incredulous when he began pimping. “Surely you don’t want to spend the night alone!” I said no, but he persisted many times. This stuff happens when I travel and keep open. But then, I simply stayed strong in my love, and in the end, my friend had to respect me and learned something of value besides. And I learned something too. We made each other think.
After Rio, I probably will go to Buenos Aires, then west to Santiago, Chile, north to Bolivia, and maybe Peru.
THE DREAM will take me, shelter and protect me, strip me of what is unnecessary and be my teacher.
Posted by Steve at Saturday, December 05, 2009
Email ThisBlogThis!Share to TwitterShare to FacebookShare to Pinterest
Labels: Carnival, Rio de Janeiro, South America, Travel