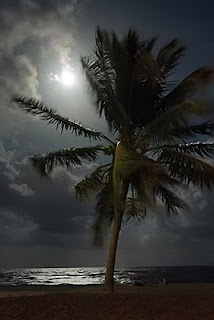 Does the moon follow you when you walk outside at night? It depends on what you believe. If you imagine so, and push that imagination into the forefront of your mind and then invest the thought with a determination that it is true not based on logic but simple belief based on feeling, then this fantasy can be hard to shake.

Religious attitudes can be especially strong, particularly if individuals base their salvation upon belief and have been trained to trust in the “higher minds” found in their religious order. For instance, this may lead to a conviction that God came to earth in the form of a man. Or that to kill unbelievers will gain you favor with Allah and a seat in heaven.

In the first example, if we apply logic and understand that God is illimitable, then He does not go up or down, but extends through all space and time, so it is quite impossible that He would fit Himself neatly into a tiny cavity of flesh to work miracles from this place. What would happen throughout infinite space if He were to only be in this tiny cell? The universe would collapse.

In the second example, why would anyone think that they have to kill in order to gain favor with God? God could easily do this Himself if He wanted everyone to be the same and only believe. No, He enjoys diversity and wants people to come to Him of free will, and that is why He is patient and merciful, and all manner of people exist on earth. 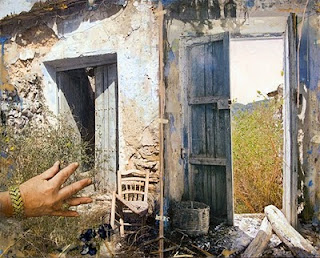 I have been exercising my imagination in doing new artwork. Using photographs from my world travels and also studio shots, I then print them onto canvas, mount them on board, and then paint over and apply encaustic (hot wax and resin mixture) to give added dimension and nuance.
For years, I have gained my livelihood for the most part through my landscape paintings, and some artists are content to continue in the comfort zone of success achieved by the formula that is feeding them. But imagination is an artist’s foremost calling, and for me, this must be my path, although it might be fraught with peril . . . I would call it sublime fear.

Does the moon follow me at night? I can imagine so, but not necessarily believe it. 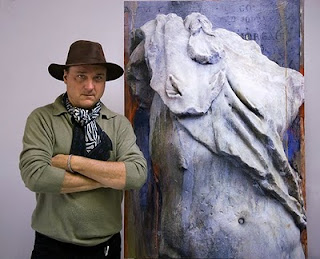 Posted by Steve at Sunday, May 02, 2010
Email ThisBlogThis!Share to TwitterShare to FacebookShare to Pinterest
Labels: Art and artists, Belief, God, Imagination, Moon