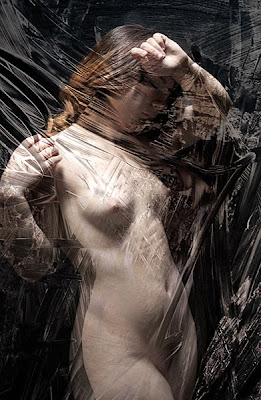 A problem with new ideas is that they may be rejected by society. There are many examples of this in the arts when an artist is inspired to create something different, but the public is not ready to receive this unique gift. This is probably where the term “starving artist” gets its meaning.

There will always be critics, some who are professional and paid, who are the self-proclaimed arbiters of public taste. They insist that they know everything that constitutes good art and are quick to judge anything that an artist produces that enters the public domain. There are endless examples of artists being publicly derided by ardent critics. But artists listen to their inner muse, not public taste. Often artists are ahead of their time. Van Gogh met with scorn his whole life until he committed suicide. Now his art is universally valued and sets records at auction. The impressionists met with rejection in the beginning because their paintings were not deemed academic, realistic or historical and met with disapproval from the "establishment”. These artists were excited by a new way of seeing things, but the public was not. Monet, Pissarro, Renoir, their families and other impressionists suffered miserable poverty for years. Eventually, a few artists including Pierre Matisse, Andre Derain, and Maurice Vlaminck began further liberating painting from representational, literal values by using color whimsically, such as in a famous painting by Matisse of his wife where he colors the middle of her face with green. These artists shared their first exhibition at the 1905 Salon d'Automne, and the group gained their name, fauves, after a critic named Louis Vauxcelles described their work with the phrase "Donatello au milieu des fauves!" ("Donatello among the wild beasts"), contrasting the paintings with a Renaissance-type sculpture that shared a room with them. 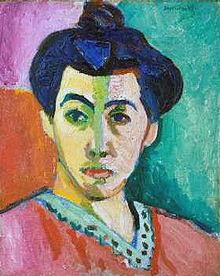 Later, a man named Jackson Pollack responded to his muse by flinging paint on canvas in what he termed “ all over” paintings. They did not have a gravitational reference, but could be viewed from any direction. In fact, he placed the canvases on his studio floor and walked around them as he applied his drips of paint. This was the beginning of abstract expressionism.  Painters such as Willem de Kooning, Franz Kline, and Pollack initially met with skepticism and were so poor that they sometimes could only share a can of spaghetti and meatballs for a meal, and fought over who claimed the extra meatball. Interestingly, an insightful and compassionate dentist agreed to trade his dental work for the early art of some of the expressionists . . . and later claimed a fortune when the public eventually proclaimed the artists as geniuses.

“Every so often a painter has to destroy painting. Cezanne did it and then Picasso did it again with cubism. Then Pollack did it—he busted our idea of a picture all to hell. Then there could be new pictures again.” Willem de Kooning

“The artist must prophesy not in the sense that he foretells things  to come, but in the sense that he tells his audience, at risk of their  displeasure, the secrets of their own hearts. His business as an artist  is to speak out, to make a clean breast. But what he has to utter is  not, as the individualistic theory of art would have us think, his own  secrets. As spokesman of his community, the secrets he must utter are  theirs. The reason why they need him is that no community altogether  knows its own heart; and by failing in this knowledge a community  deceives itself on the one subject concerning which ignorance means  death. For the evils which come from that ignorance the poet as prophet  suggests no remedy, because he has already given one. The remedy is  the poem itself. Art is the community's medicine for the worst disease  of the mind, the corruption of consciousness.”
Quote from R. G. Collingwood, The Principles of Art.