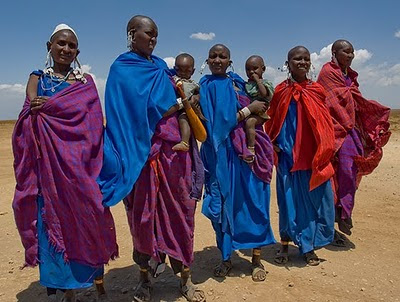 One day, while on African safari in Tanzania, we had been on a grueling, bone-rattling, and dusty journey over the Serengeti Plain, and our excursion vehicle rolled to a stop near the boundary of the wildlife reserve. Everyone poured out to stretch legs and look around the barren landscape. Immediately I spotted a small group of Masai women gathered under the shade of a lone tree nearby. The sight seemed incredible since civilization was nowhere to be found in the area; no roads, homes, village, utilities . . . and I wondered how these females were here, in the middle of nowhere with no men in sight.

Our group had made previous stops where Masai were near, and I had noticed everyone stayed together and would not approach the Africans. It seemed as if an invisible boundary existed that could not be crossed. The tourists were on a mission to see exotic game animals, not people. However, the Masai drew me like a magnet—even more than the lions or elephants, and so I approached them. This day, I walked straight into the group of ladies. They welcomed me with smiles and I smiled back. The women were of different ages, including grandmothers and younger ones with babies in slings around their shoulders. Soon I motioned that I would like to take pictures and they smiled okay, so I snapped some shots. What was remarkable was how everyone maintained an unflappable equanimity and graciousness. I felt welcomed by strangers. Before going back to join the safari group, I spontaneously leaned over and gave a kiss to one of the woman . . . and that brought giggles and laughter from all.

I imagine that the Masai people are older than Christianity or Judaism. Not far from where our truck stopped is Olduvai Gorge, also called the “Cradle of Civilization”, where fossil remains of earliest man were found by anthropologists in 1931. It is believed man emerged 5-7 million years ago.

When I was among the Masai, I always felt a peacefulness that was special, distinct from the frenzy of the world. They seemed calm, fearless, and curious. Sure, they had great adversity living in unforgiving environs, but a nobility inside of them transcended their outer circumstances. I found I could not simply look at them from afar, but always had to step toward them, perhaps shyly, but lovingly and with eagerness to learn. 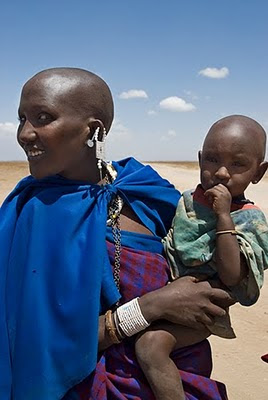 Many more of my world photos are at Graphixshoot
Posted by Steve at Saturday, June 19, 2010
Email ThisBlogThis!Share to TwitterShare to FacebookShare to Pinterest
Labels: African safari, Cradle of Civilization, Humanity, Masai, Unity

Your photos and your interaction with the Masai women are equally beautiful!