A Gathering Of Men 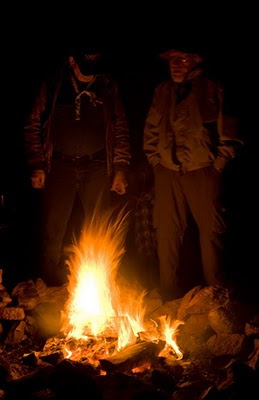 “What is a friend? A single soul dwelling in two bodies.” Aristotle

This weekend I took it upon myself to join a gathering of men, mostly strangers to me, gathered in the remote seclusion of a pine forest, far from civilization. New Mexico Mens Wellness is an organic, from-the-ground-up organization devoted to mens wellness that has been active about twenty-five years. The main yearly event is in the fall, attended by about 100 men. The summer gathering is much smaller. I attended the big gathering once, in 2006. The theme for this summer’s conference was Intuition and Inspiration.

I only knew a few of the guys, but it did not matter because this was a time for male bonding and everyone would leave as friends. Without women around, men could relax without feeling competitive, or bound by a partner, and simply turn to each other in brotherhood and accord. I felt immediately at home in the forest, prepared to sleep in my van two nights.

I suppose a gathering of women would be similarly supportive and bonding, but they might need more comfort. It rained hard twice and none of the men complained, although two guys had their tent flooded while they were away hiking and had to leave a night early because their sleeping bags were soaked. The firewood was always covered so we always had a campfire lit at the center of our morning and evening circle gatherings where main topics were discussed and each man had an opportunity to talk. When someone had something to contribute, he picked up a special, sacred “talking stick”, and while he spoke everyone else listened. Then, he would place the stick down to signal that he was finished and someone else could pick the stick up. Serious discussion ensued and we also shared jokes, ribbing and laughter, musical recitations, singing, poetry, prayer, introspection and observation, and great appreciation of nature. Although women were not physically at hand, they were present in spirit because every man had deep relationship with females. The women could let their men go to this gathering knowing that it was good for them and they would come back home refreshed and stronger. 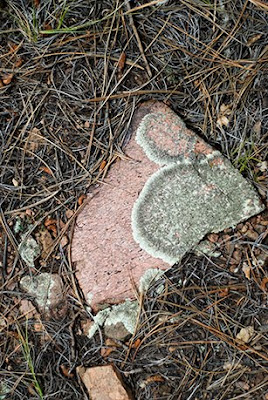 During an afternoon practice, the group became silent and each man went into his own inner space to be quiet. One by one, sacred sage smoke was waved around each body, using an eagle feather, and a prayer scarf given as a gift before the man was led to walk alone into the forest and find a special spot to stop and ponder in solitude. Everyone was directed to walk as though giving light to the earth with each step. As I stepped peacefully forth under a blue sky in the balmy air, all of nature seemed happy and whole. The earth underfoot was soft from moisture and covered with pine needles. I noticed delicate flowers and wild grasses, feeling my way among shrubs spread loosely under the tall trees. Before long, I had found my spot and sat down under a pine, near a young scrub oak tree. A flat rock with a delicate pattern of lichen spread on its hard surface was partly buried in the ground in front of me. I reveled that the plant was living not in ground, but thriving on the unyielding, barren surface. A slight breeze blew the nearby green oak leaves in unison, making a rippling chorus of light. I dug my fingers under the matted pine needles to feel the cool soil, and scooped up a handful to smell the pungent earthy fragrance. On the same ground were deer droppings, and I picked them up and crushed them in my fingers. What appeared was the same plant matter that was all around me. The deer are composed of the same elements as the forest.

As I pondered my inner life, I realized I have strength and happiness, but also pain and sorrow always within. This proves the manifest direct relationship of mental and physical forces—and I know something of the origins. For instance, I have always had throat issues, and this I trace back to a frightening dream I had as a small child. In the dream, I was laying sweetly on my back, in bed under the eaves of an attic, beside an open window with lace curtains. A gentle breeze swayed the fine lace and wafted across my peaceful body. In this idyllic setting, a beautiful woman appeared next to my bed, dressed in fine cloth that also swayed gently in the breeze. She leaned over me as if to plant a kiss on my forehead. Then her hands reached my neck and she began strangling me. I awoke, and tried to scream but could not move because I was so paralyzed with fear. When at last my body recovered, I leapt out of bed and raced screaming to my parent’s bedroom. And also of course, the loss of Naomi will always be an inner wound. I realize these issues are “scars”, and might always be with me. They are indelible elements informing my life—part of the unique assemblage that I am.

One of the men, Michael Schvarzkopf wrote a poem during one of his meditations. I was struck with it and include a selection of it here:

Intuition may be the truest knowledge
Ritual, our greatest tool
Heart our best guide
And mystery is our greatest hope


I managed to get away for a couple of hours and make a painting, and include it here. 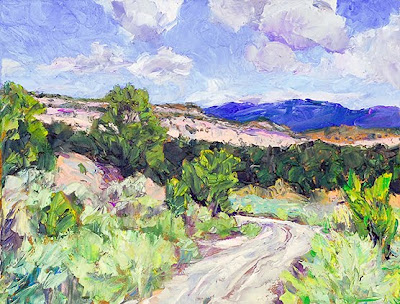 I'm impressed that there are actually men out there who would take two days out of their lives for self reflexion and brotherhood. I hope this is a growing trend for men...and women.