Each Moment A Gift 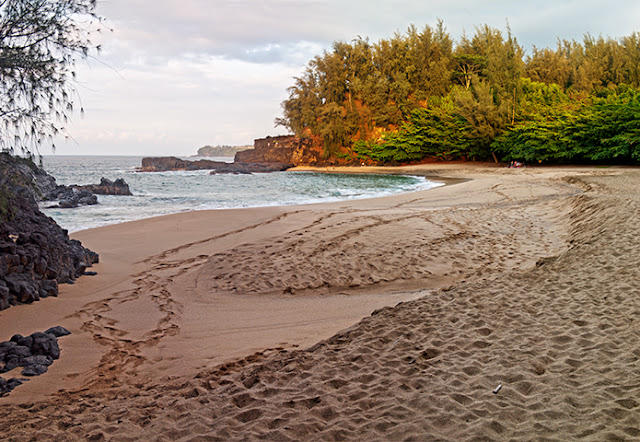 There is a beach on Kauai that is my favorite swimming spot in the world. It is Lumahei beach—the same cove where the famous movie South Pacific was filmed. Recently, when Heidi Of The Mountains and I arrived, I went right in to the waves and began swimming. On a short ledge nearby, a middle-aged couple were jumping from the rocks into the water, and then clambering out to do it again. I had the thought “Have fun you two, because you will die soon!” Immediately, I wondered about my thinking . . . then decided against judgment, because in fact it is the truth. It is the truth for all sentient beings that life is short. Compared to the lifespan of mighty Sequoia trees that live over 2000 years, we live briefly, but compared to the age of twinkling stars in heaven, or the galaxies beyond, it is less than the time it takes for ray of light to glisten on a crashing wave.

Count each moment a gift because life is fleeting. Rejoice, because death will arrive sooner than later . . . so, like the couple on the rocks, jump joyfully into the swirling, limitless ocean—and swim.
Posted by Steve at Monday, October 08, 2012
Email ThisBlogThis!Share to TwitterShare to FacebookShare to Pinterest
Labels: death, Kauai, Life, Lumahei, swimming, Time and space