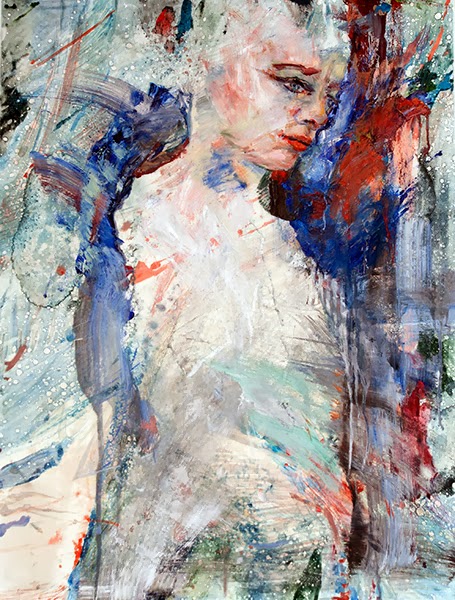 Winter cold makes life contract—or so it seems. The sun shines for fewer hours of the day, plants go dormant and energy is spent in conservation rather than gleeful expenditure. And so it goes with my art business. The Steven Boone Gallery art sales lapse, as the Santa Fe art market declines to its nadir in January and February.

It is a good time to take risks creatively. Why not let the modus operandi be that of surprise and exploration?

I always come back to experimentation as a basis for my art. I am easily restless and never self-satisfied for long. This week, I pulled some large abstract monotypes out of storage and began painting on them. They were made years ago, during another period of exploration, and have been out of sight ever since. I allow my eyes to wander over the surface and like a Rorschach test, let imagination come forth to suggest a narrative. 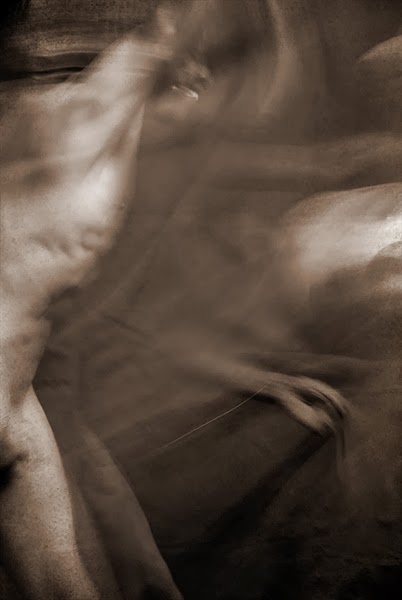 I love having archives to draw upon. This blog is an archive of my life for many years . . . and I have been drawing from it to write a memoir. Thirty thousand photos are in my files, and only last night I took delight reworking a photo from a session with two models in my studio that took place several years ago. The pair were young friends, a white woman and black man, roomates who had an easy ambience between them, and who were quite comfortable being naked and interacting joyfully for a few hours with me, as I took hundreds of pictures. 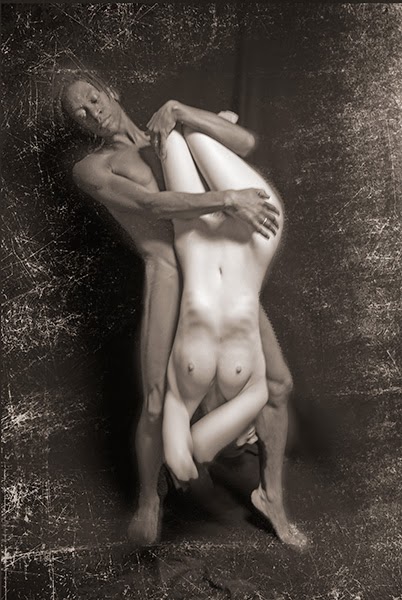 The studio was draped in black cloth, and at one point, the woman, who has marvelous milky-white skin, held a long black cloth that she used to duel with her friend, who had a good physique and cocoa complexion, and battled with a flowing white cloth. The action was wonderful and my camera captured the fun intensity.